New York City has all the ingredients to become a leading biotech hub, and the Bloomberg administration is pulling out all the stops to support the sector’s growth; but the New York Metro region was only fifth among all regions in biotech VC deals last quarter—and all of the local deals went to companies in New Jersey and Connecticut.

Over the past decade, the Bloomberg administration has made a significant priority of nurturing New York City’s biotech sector, a part of the economy that has long had significant potential for growth here given the city’s almost unmatched academic research assets in the life sciences. Under Mayor Bloomberg, the city’s Economic Development Corporation (NYCEDC) created a bioscience desk; supported the development of new lab space initiatives like the East River Sciences Park, BioBAT and newly announced Harlem Bioscience; helped recruit major new pharmaceutical companies to New York, such as Roche; and offered workshops that help local scientists develop business skills and access federal SBIR grants. All this has led to growth in the number of local biotech companies.

However, there is evidence that New York still has a way to go in developing a major biotech cluster. Industry experts believe that New York City, at best, has the fourth or fifth largest concentration of biotech companies in the nation, behind Boston/Cambridge, the San Francisco Bay Area, San Diego and possibly the Philadelphia area. In the first quarter of 2013, the New York Metro region was fifth among all major regions in the number of biotechnology-related venture capital deals. There were six VC deals in the New York area that quarter, compared to 22 in Silicon Valley, 19 in New England, 13 in the Midwest and 8 in San Diego. Further, none of the six VC deals in the New York metro area were actually in New York. Four of them went to New Jersey-based companies and two to firms in Connecticut. 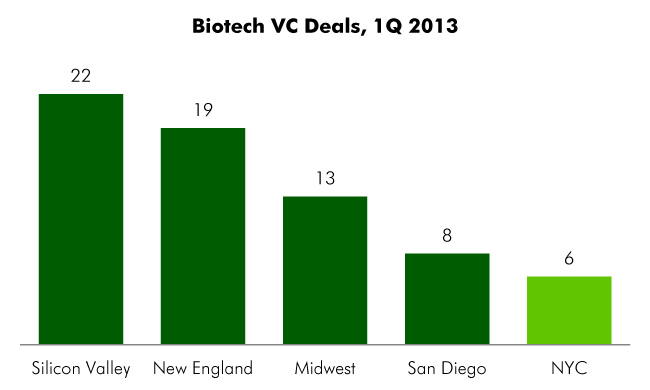 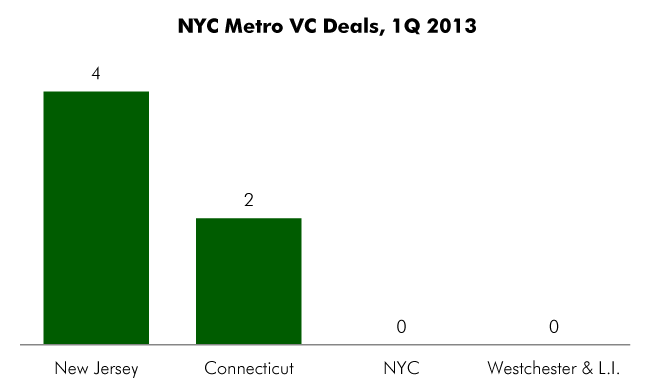 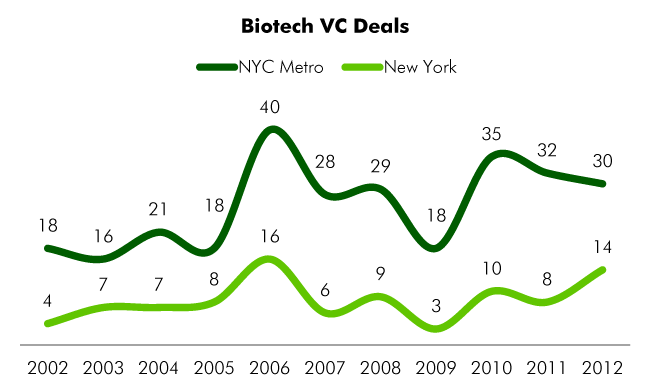 
Can You Read My Mind Now?

Code of the City

Can You Read My Mind Now?
WNYC New Tech City

Can You Read My Mind Now?
WNYC New Tech City