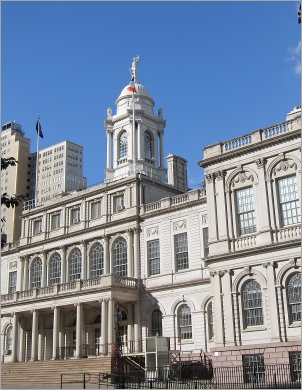 CUF has long studied the importance of New York City’s public libraries and the challenges facing the city's seniors. Mayor de Blasio and the City Council's 2018 budget followed our recommendations to include infrastructure investments for branch libraries and increased support for the city's aging population.

Late last week, Mayor de Blasio and the City Council reached an agreement on the 2018 budget, which includes investments in New York City’s public libraries and increased support for its growing senior population. Public libraries received $110 million to fund much needed capital projects for repairs and upgrades, and seniors received $23 million to eliminate a waitlist for homecare, extend weekend meals for the elderly, and boost rates paid to senior centers.

The Center for an Urban Future has extensively researched the importance of New York City’s public libraries, examining their critical role in the city’s human capital system and documenting their infrastructure challenges. Our 2014 report, Re-Envisioning New York’s Branch Libraries, showed that more than half of the city’s 207 library buildings are over 50 years old and a quarter were built at least a century ago. It also found that the city’s three library systems have at least $1.1 billion in capital needs, largely just to bring branch libraries into a state of good repair. Most recently, in April 2017, CUF’s Slow Build report found significant problems with New York City’s process for managing capital construction projects for libraries and cultural institutions, with the median new library and cultural project taking roughly seven years to complete and costing $930 per square foot—roughly twice the cost of building a new office tower in the city.

Meanwhile, CUF has long studied the challenges facing New York City's rapidly aging population. Last month, we published The Aging Apple: Older Immigrants a Rising Share of New York’s Seniors, which found that immigrants now make up nearly half of all seniors in New York City and are driving virtually all of the growth of the city’s senior population. The study, which provides a detailed analysis about the aging of New York City’s population, also reveals that New York City is now home to more than a million seniors for the first time in the city’s history.

CUF’s 2013 report, The New Face of New York’s Seniors, showed that immigrants comprise an ever-growing share of New York's aging population and that not nearly enough attention has been paid to this particularly vulnerable subset of the city’s older population.