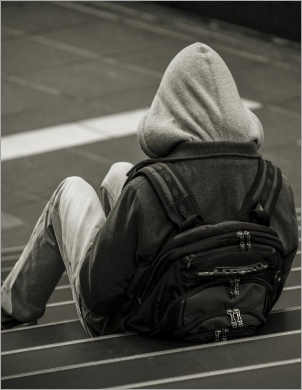 How to Boost Disconnected Youth

In this testimony before the New York City Council Committee on Youth Services, CUF's senior researcher Christian Gonzalez-Rivera presents several recommendations from our Bridging the Disconnect study on how the city’s youth workforce development programs reach only a fraction of those in need of help.

My name is Christian Gonzalez-Rivera, and I am a senior researcher at the Center for an Urban Future, a non-partisan public policy think-tank based here in Manhattan that publishes studies about how New York can expand economic opportunity and grow its economy. For 20 years, we have been writing about and influencing workforce policy in New York City and the State. Thank you for the opportunity to testify.

The Center for an Urban Future supports the premise of Intro 708, which calls for a task force on disconnected youth. I would like to share with the Council via this testimony a few issues that our research suggests such a task force should look into and prioritize.

At the end of the previous mayoral administration we published a study called Bridging the Disconnect, which outlined the ways in which the city’s workforce development system was failing to serve youth and young adults and presented a set of recommendations for the de Blasio administration to consider better serving the city’s youngest workers. We thank the de Blasio administration and the Council for acting on many of these recommendations, including creating the Center for Youth Employment within the Mayor’s Office of Workforce Development, expanding Ladders for Leaders and the Young Adult Internship Program, creating a separate service track at HRA for young adults on cash assistance, and starting the process of revisiting the Summer Youth Employment Program.

But there is still much to be done.

The second set of issues is around strengthening the Department of Education’s (DOE) connection to the workforce system. One of the ways that the DOE could be brought into the fold is by enlisting them to connect disconnected youth to services. For such a model we can look across the country to Los Angeles’ YouthSource Center model. YouthSource Centers across LA are one-stop shops where counselors from the LA Unified School District provide disconnected young people with resources on completing school, getting a high school equivalency, and job readiness skills and training, career exploration, and placement services. Here in New York the DOE can identify students who drop out and direct them to similar sets of comprehensive resources.

The DOE should also be involved in creating and piloting career exploration programs starting in middle school. Our public schools, which are funded at the tune of about $19,000 per student, should not be standing by and waiting until young people drop out of school to teach them about careers and the world of work through a workforce development system that spends just a fraction of that amount on each client. Career and Technical Education (CTE) schools currently have a strong career component, but students in non-CTE public schools also deserve the opportunity to develop career interests at an early age and learn about the kinds of education and training pathways that can lead them to the careers of their choice. Students who understand that the goal of education is to prepare them for a future as a productive adult are more likely to succeed in school.

Finally, the task force should look into creating a deeper evidence base for youth programs by funding and supporting evaluation of programs. Programs should be funded to not only provide services, but to also generate the kind of data that would allow an entity like the Center for Economic Opportunity (CEO) to evaluate how well the program is meeting its goals. CEO was able to use this evidence-based approach to establish the success of Ladders for Leaders and YAIP—both of which the current administration has now expanded—but other programs should also be evaluated in this way.

But none of this is possible without strong support from the Mayor and from you, the City Council. You should use your influence to encourage more employers to offer internships and jobs to young people. As part of our research we talked to the workforce development folks up in Boston to understand how they are able to get so many young people into summer and year-round jobs. Boston is less than a tenth of the size of New York City, yet in 2013 when we did this research they were able to provide 3,000 young people with job readiness services during the academic term in preparation for placement into summer jobs at private employers. The city also subsidized the wages of an additional 7,000 young people through a program similar to our own SYEP. All the people we talked to in Boston said that they keys to their success were a strong central coordinating entity—which New York now has through the Center for Youth Employment—and strong personal support from the Mayor.

This research was made possible through generous support from the Altman Foundation.