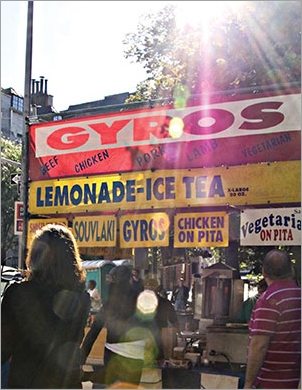 In this testimony before the City Council, associate research director Tara Colton argues that a significant overhaul of the citys street fair system is long overdue and the city should do more to involve local entrepreneurs and artists in the fairs.

Back Rubs? Check. Chickens? Not at These Fairs.

Study Says New York Street Fairs Are All the Same

The Blandness of the Asphalt Fairground

Better Fare for the Fair?

The Jewel Box of Union Square

On Transient Retailing in NYC: Hold the Tube Socks!

Board 1 Approves 12 Street Fairs for 2007
The Queens Gazette

Back Rubs? Check. Chickens? Not at These Fairs.
The New York Times

Board 1 Approves 12 Street Fairs for 2007
The Queens Gazette

Back Rubs? Check. Chickens? Not at These Fairs.
The New York Times

RT @pete_wells: Worth exploring many of these ideas for helping restaurants get through this winter but a number of them involve building o…
There are things NYC can do to help restaurants & other small businesses survive the cold months ahead. But the tim… twitter.com/i/web/status/1…
RT @Simon_OByrne: The Center for an Urban Future published 30 brilliant ideas to help NYC policymakers help the city's restaurants, shops a…
RT @CityRiseNYC: Check out “Surviving the Winter: Helping NYC’s Small Businesses in the Months Ahead” by ⁦@nycfuture⁩. There are so many wo…
Follow @nycfuture