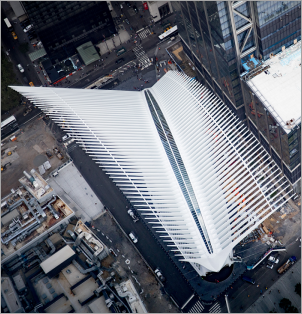 Seven years ago, the Center for an Urban Future released a report documenting the economic importance of the design sector to New York City’s economy. This data brief, published as the city’s sixth annual design week kicks off, offers a new look at the city’s outsized role in the U.S. design economy. Our analysis finds that of the 10,850 architecture and design jobs added nationally between 2006 and 2016, 5,577 have been in New York City—meaning one in two of the country’s new architecture and design jobs has been created in the five boroughs.1

Manhattan is home to 87 percent of the city’s architecture and design jobs, but as CUF first reported two years ago, Brooklyn is driving New York’s growth. Brooklyn’s design economy hasn’t just increased over the past decade—it’s multiplied. Between 2006 and 2016, Brooklyn almost tripled its architecture and design jobs, from 942 to 2,589. Even the slowest-growing categories—interior design and other specialized design—doubled employment in Brooklyn over the past decade. In the borough, the number of employees in industrial design (which designs products meant for mass production, from surgical equipment to toasters) increased 779 percent, to 187 in 2016 from 24 ten years earlier. The number of graphic design jobs quadrupled, to 823 from 202. As of 2016, Brooklyn had more graphic design jobs than 29 states, including Arizona, Utah, Kentucky, and Washington, DC.

All data in this analysis comes from the U.S. Bureau of Labor Statistics, Quarterly Census of Employment and Wages (QCEW). Data is calculated through 2016, which is the most recent period for which QCEW data is available. 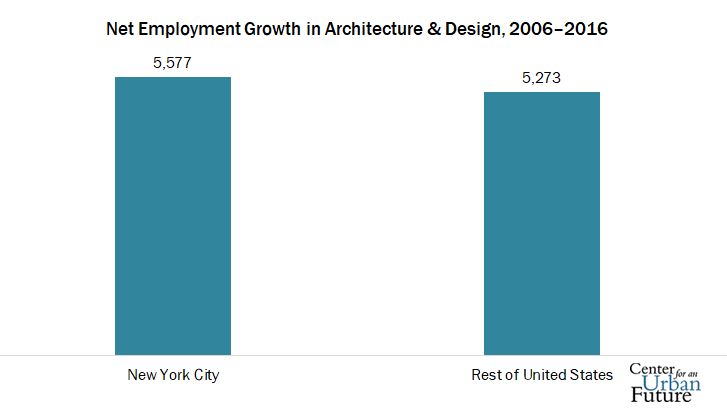 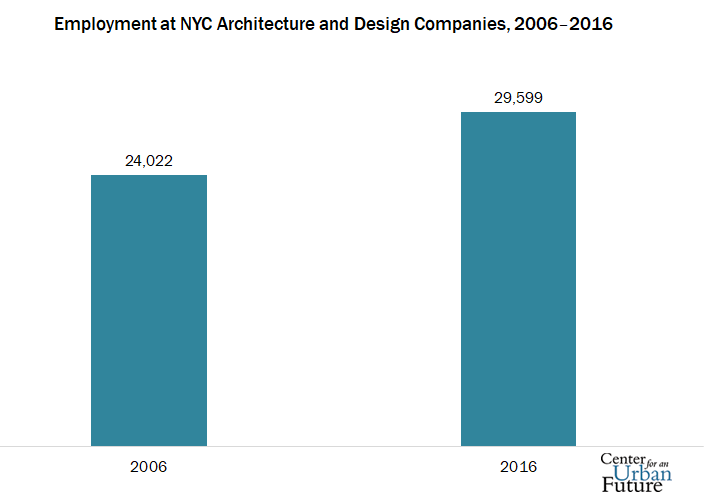 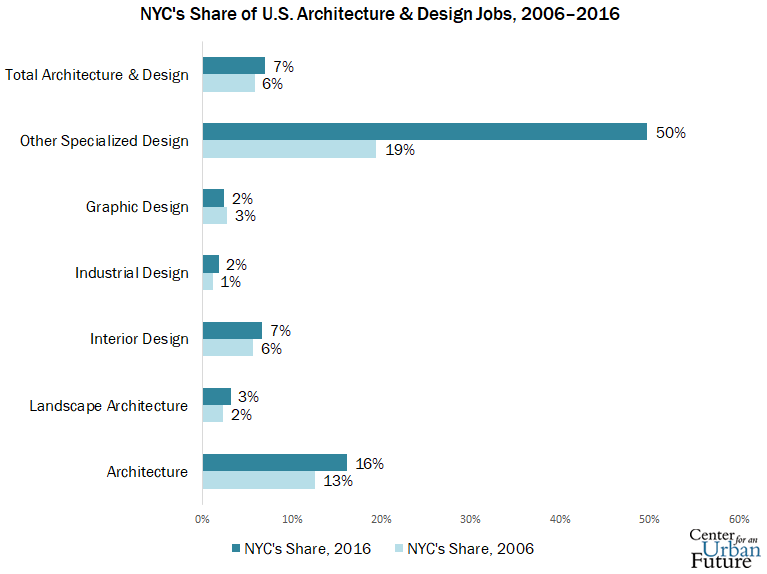 1. These figures reflect net change in employment, given that jobs in each industry are both created and eliminated in any given year.

New York by Design was researched and written by Naomi Sharp. Additional research by Nate Hamowy and Jake Golvin. Edited by Eli Dvorkin.


Designers in NYC Are Growing — And More Are Tackling Civic Problems