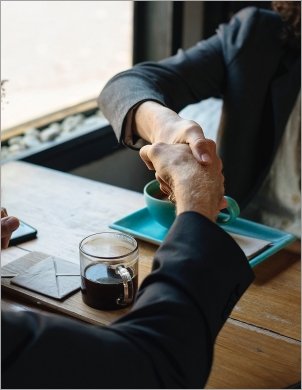 Mayor Bill de Blasio's administration has made important progress on Career Pathways, a vital plan to overhaul New York City's workforce development system. But in order to realize the full potential of this transformation, the city needs to commit to implementing what it began nearly four years ago. Here’s how policymakers can take Career Pathways from vision to reality.

On November 27, 2017, CUF Senior Researcher Christian González-Rivera testified before the New York City Council Committees on Small Business and Civil Service & Labor regarding a joint oversight hearing, Update on Career Pathways/Workforce Development Systems. This testimony was later published as a commentary in City Limits on November 30, which is reprinted below.

When it comes to reimagining the human capital development system, New York City has a vital opportunity to finish what it started.

In November 2014, Mayor Bill de Blasio launched a major revamp of New York City’s workforce development systems. In the past, the city’s workforce development programs had been overly focused on placing as many people as possible into available jobs, with little emphasis on helping New Yorkers build skills need to access good-paying jobs with career-ladder opportunities. The mayor’s new Career Pathways model admirably attempts to do things differently, creating a human capital development system for people with less formal education or other barriers to employment by investing in training, education, and bridge programs, and aligning workforce development programs to the needs of employers.

To its great credit, the administration’s plan offers a blueprint for how New York City might build an effective human capital development system that connects workforce development, higher education, job training, and basic skills training into a cohesive whole. The de Blasio administration has made some important progress, increasing funding for workforce development, refocusing more of its workforce programs away from placement and toward training, launching five industry partnerships that aim to increase employer connection to the workforce system, and establishing a Center for Youth Employment that has greatly expanded workforce development and education programs for youth and young adults. However, research conducted by the Center for an Urban Future (CUF) has shown that serious barriers to implementation could derail the momentum that’s been built to date. By making the full realization of Career Pathways a priority, the de Blasio administration can accomplish in its second term what it began nearly four years ago. Here’s how New York City can take Career Pathways from vision to reality.

Career Pathways is running on a fraction of the funding it needs.
The 2014 Career Pathways report called for an annual investment of $100 million on training programs and $60 million on bridge programs. Yet currently just over half of the training investment goal has been hit, and only $6.4 million out of the $60 million for bridge programs has been secured. These funding levels are insufficient to the task in a city where 51 percent of the workforce lacks a postsecondary credential. New York City cannot depend on the current federal government to invest in the skills-building programs the city needs. And although New York State should be stepping up its modest investments in workforce development, the city cannot wait for the state to act.

New York needs to invest in the transformation of its legacy workforce development infrastructure into a human capital development system that can meet the challenges of the 21st-century economy. As CUF’s research has shown, this can only come from funding that is flexible and attuned to the demands of New York’s entrepreneurial workforce development providers. Federal and state funding is mired in red tape, and its measures for success have been out of date since the 1990s. Private philanthropic dollars provide flexibility and encourage innovation, but there is not enough funding to scale up successful programs and models to serve more people, and to sustain that funding long-term. New York City can do much better, but it must invest in Career Pathways itself, just as it invested in universal prekindergarten and mental health services through ThriveNYC.

Small businesses are the leading edge of job creation in many of New York’s emerging and fastest-growing industries, including tech, life sciences, restaurants, and healthcare. Yet many small businesses report that they are encountering challenges in recruiting and retaining workers. Having access to talent can determine whether a small business that may have been born in New York will choose to stay and grow here. At the same time, by not connecting with more small businesses, the workforce development system is leaving a lot of jobs on the table.

The workforce development system still needs to build closer ties to employers.
In a rapidly changing economy, one of the toughest jobs for workforce development providers is figuring out what employers need when it comes to recruiting and retaining talent. Career Pathways intended to solve this problem by establishing Industry Partnerships, which were meant to serve as workforce intelligence units for six of the city’s biggest industries and create a two-way street between the city’s industries and its workforce development system. The idea is compelling: stakeholders from industry, workforce development, education, and other relevant fields sit at the same table to discuss what employers in each industry want and expect from workers, and workforce development and education providers work to provide it. Of the six Industry Partnerships, the New York Alliance for Careers in Healthcare (NYACH) has been the most engaged. Established with philanthropic support in 2004, NYACH has been engaging large employers in the healthcare industry as well as CUNY to develop better programs. The Tech Talent Pipeline has also been coordinating training efforts in the tech industry.

However, the remaining partnerships have gained little traction or visibility. The Department of Small Business Services (SBS), the city agency that is managing these partnerships, is operating them largely behind closed doors. SBS has not been transparent regarding the goals of each partnership, and few stakeholders outside the agency have engaged substantively with them. In order for Career Pathways to succeed, Industry Partnerships need to become a top priority for the new term. These partnerships should include three key ingredients: credibility within each industry, secure and diversified funding to sustain momentum across administrations, and a commitment to share insights and lessons with the entire workforce development community.

The workforce development system lacks sufficient market intelligence on what works and how to scale it up.
Too few of the city’s successful workforce development programs scale up, reflecting a major missed opportunity to combat rising inequality more effectively. The Center for an Urban Future held a recent forum in which we asked five respected leaders in the workforce development community to analyze what it would take for more promising and proven programs and models to expand. Several identified a lack of sufficient research and data from rigorous evaluations to establish measurable results—a problem that stems from both a lack of funding for evaluations and a lack of common performance indicators. Career Pathways was supposed to change that by establishing shared metrics among all workforce development programs and agencies, but that effort is stalled due to lack of funding and an overreliance on public dollars that do not fund or prioritize evaluation and are not optimized to expand what works.

In addition, public contracts are often awarded to organizations that submit the strongest RFPs, not necessarily those with models that have been proven to work. In the face of declining federal support for innovative approaches, more and more providers of effective programs are choosing to opt out of applying for public funding altogether. Public money is largely reimbursing providers at a cost per participant that is too low for many of the most effective programs, and often fails to fund evaluations as part of the contract. The prospect of the best providers opting out of public funding is a looming crisis that threatens the ability of the human capital system to deliver services to the tens of thousands of New Yorkers who need them.

The Center for an Urban Future in partnership with the Center for Popular Democracy published a study on the challenges immigrants face in the labor force and in connecting with the city’s workforce development system, and found that the vast majority of people who do the lowest-wage jobs in the city are immigrants. Immigrants comprise 47 percent of the city’s workforce, and half have only a high school diploma or less. This makes immigrants the prime clients for the city’s workforce development system, yet our research found that publicly funded workforce programs are just not producing results for them. On this topic, the Career Pathways report is silent. But if Career Pathways doesn’t work for immigrants, it just won’t work for New York.

The Center for an Urban Future recommends the following actions for New York City to realize the full potential of the Career Pathways initiative:

The future of New York City’s competitiveness lies in the quality of its workforce. New York’s role as a city of opportunity rises and falls in relation to how well its human capital development systems meet the needs of the modern economy. With Career Pathways, the de Blasio administration has taken a crucial leap toward a more cohesive and effective human capital development system. But for this ambitious vision to realize its full potential—fulfilling the promise of opportunity for many thousands of New Yorkers—it needs to be fully funded and focused on fostering innovation and collaboration.