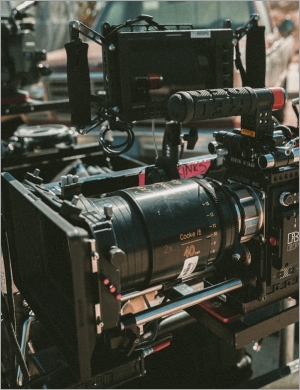 The Creative Economy is a Key Source of Middle-Class Jobs

On October 16th, the Center for an Urban Future hosted a policy symposium exploring how the creative industries have grown and become a key source of tens of thousands of middle-wage jobs. The expert panelists convened by CUF helped us identify key policy takeaways around what policymakers and other stakeholders can do to sustain the creative industries and ensure more New Yorkers from low-income backgrounds can access the good-paying jobs in the creative sector.

On Wednesday, October 16th, the Center for an Urban Future convened a policy symposium as part of our Middle Class Jobs Project which asked the question, “Are creative industries the future of middle class jobs in NYC?” The answer from our expert panelists was a resounding yes, and the data backs them up.

Creative industries like advertising, film, architecture, and design now employ more than 300,000 people in New York City, including tens of thousands in positions that pay middle-income wages. Perhaps even more important, these fields are producing a growing share of the new well-paying jobs being created across the five boroughs.

Indeed, while New York City has seen record job growth in recent years, adding over 800,000 jobs since the recession, far too many of those jobs have been low-wage positions with little room for advancement. And the segments of the city’s economy which have traditionally been seen as anchors of the middle class, such as hospitals, finance, and legal services, have seen marginal growth, if any, during the past fifteen years. Manufacturing in particular has lost well over 50,000 jobs in that period.

Yet sustaining this growth, and maintaining New York’s position as an international beacon of the creative economy, will likely require significant effort on the part of city policymakers, industry leaders, and others.

Creative industries have not been an integral part of discussions about middle-class jobs in New York, but as our policy discussion made clear, this almost certainly needs to change. On the one hand, maintaining New York’s position as an international beacon of the creative economy will need to become a priority for economic development officials. At the same time, New York City policymakers and industry leaders will need to take steps to  ensure that more low-income New Yorkers have access to the well-paying jobs in the sector.

The following experts participated in our forum, which was sponsored by Fisher Brothers and Winston C. Fisher:

In the panel discussion, our panelists helped identify barriers to the sector’s future growth in New York, examined what policymakers can do to strengthen the city’s creative economy, and explored how to create new pathways into the sector for lower income New Yorkers. These are a selection of the key takeaways:

The symposium was part of the Center for an Urban Future’s Middle Class Jobs Project, a research initiative made possible by Fisher Brothers and Winston C. Fisher. The Center for an Urban Future receives general operating support from The Clark Foundation and the Bernard F. and Alva B. Gimbel Foundation. We are also grateful for support from a number of other philanthropic funders.