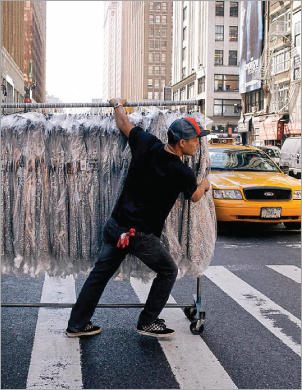 In this City & State op-ed, CUF executive director Jonathan Bowles calls on the de Blasio administration to support the arts and the broader creative sector. He argues that the creative sector provides the city with its greatest competitive advantage, but notes that New York faces growing competition from other cities that are aggressively cultivating their creative economies.

Bowles begins this op-ed with highlights from CUF's new report on New York's creative sector. He notes that from advertising and architecture to film and the visual arts—the creative sector employs roughly 300,000 New Yorkers, 7 percent of all jobs in the city. And in 2013, the city was home to 8.6 percent of all creative sector jobs in the nation, up from 7.1 percent in 2003. Of the city’s 20 largest industries, none comprise a larger share of the nation’s total jobs, including information, which accounts for 6.1 percent of national jobs in that sector, educational services (5.5 percent), real estate (5.4 percent) and finance and insurance (5.2 percent).

While tech has grown more rapidly in recent years, Bowles points out that the creative sector arguably provides New York with its greatest competitive advantage. Yet the continued growth of New York’s creative sector is by no means assured, he argues. Just as a number of upstart cities are trying to lure tech startups and talent away from Silicon Valley, New York’s advantage in the creative industries is being threatened as cities from Shanghai and Berlin to Portland and Detroit aggressively cultivate their creative economies. Bowles concludes by outlining a number of obstacles facing New York's creative industries and stating that in the months ahead even more will be needed to shore up the city’s critical creative sector.