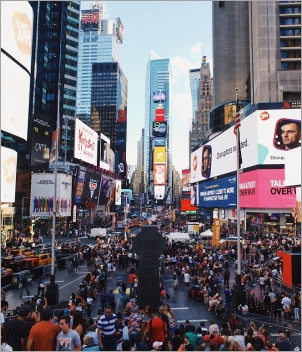 In this testimony before the NYC Council Committee on Economic Development, CUF executive director Jonathan Bowles details the growing impact of tourism on the city’s economy and highlights the challenges to sustaining this key economic sector.

Before the NYC Council Committee on Economic Development

My name is Jonathan Bowles. I am the executive director of the Center for an Urban Future, an independent think tank focused on expanding economic opportunity and growing the economy in New York City.

For more than 20 years now, the Center for an Urban Future has been closely monitoring the city’s economy and developing strategies to create more good jobs across the five boroughs. During these past two decades, New York City has undergone an incredible economic turnaround, adding roughly 1 million new jobs and becoming far more economically diverse.

Few things have been as important to this economic renaissance—or more overlooked—than the city’s booming tourism economy.

Last year, my colleagues and I at the Center for an Urban Future published a report in partnership with Times Square Alliance and the Association for a Better New York which provided a new level of detail about the growing impact of tourism on the city’s economy.

We also found that tourism has played a pivotal role in the growth of so many other important sectors.

Our report also found that tourism has become an increasingly important source of middle-income jobs in New York. As one example, the city is now home to nearly as many hotel jobs, which pay $62,000 per year on average, as jobs in manufacturing, which pay an average of $58,000. And while manufacturing has been losing thousands of jobs, the city has added more than 12,000 accommodations jobs since 2000.

No other sector offers as many accessible jobs—with 91 percent of the jobs in industries fueled by tourism open to workers with less than a bachelor’s degree.

Tourism is also boosting the economy of all five boroughs. There are now roughly 900 more hotel jobs in Queens today than in the year 2000, an increase of 37 percent. In Brooklyn, hotel jobs have increased by 198 percent, or by 1,300 positions.

Tourists are also visiting neighborhoods across the five boroughs, benefiting local businesses and cultural groups. For instance, tourists now account for 14 percent of Visa purchases at restaurants in Pros­pect Heights and Cobble Hill. In Jackson Heights and Elmhurst, tourists are responsible for 12 percent of all credit card spending in electronics stores and 10 percent of spend­ing in discount stores.

But as important as tourism has become to the city’s economy, New York’s tourism sector faces several challenges that, if not addressed, could cause tourism to slip and jobs to decline.

Some of the challenges are beyond the city’s control, like the deteriorating image of our country across the world.

But many other problems could be addressed locally.

The challenges generally come down to these two things:

New York City is fortunate to have what is arguably the world’s most sophisticated tourism promotion agency, NYC & Company. Its work has contributed immensely to the increase in tourism over the past two decades. But funding for the agency has not kept pace with competitors across the globe, and the agency will need sustained revenue to grow its impact in the years ahead.

In addition, many of the challenges facing the tourism sector go well beyond tourism promotion. They require help and support from a range of other city agencies, in particular the city’s economic development agency.

That’s why we recommend establishing a dashboard for the city’s tourism economy. Given the increasing importance of tourism to the city’s economy, NYCEDC should develop a top-level tourism dashboard similar to how it produces economic research about other leading industries like healthcare, life sciences and finance. As of now, research organizations like ours have to dig deep to unearth data and trends that would support better planning. A dashboard would address this issue by presenting up-to-date data on job trends across tourism-related industries.

We also believe that establishing an Office of Interagency Tourism Affairs could be valuable if it elevates the importance of the tourism industry as a priority across city agencies, and it is done in a way that empowers NYC & Company.

Most important, the city should create a long-term tourism plan. Adding 32 million tourists over the past two decades leads to a host of specific and addressable challenges: Where to park the tour buses that flood the neighborhoods near Times Square? How to better handle street and sidewalk congestion in tourist-heavy neighborhoods? How to ensure that the boroughs outside Manhattan are prepared to share in the benefits of increased visitation?

New York City should develop a long-term strategic plan that is attuned to the unique challenges of sustaining more than 65 million tourists per year.

Finally, the city should work with the Port Authority and MTA to improve the experience for visitors at the airports – as well as visitors connecting from airports to the subways. In particular, they should work to make the connection more welcoming at the Jamaica subway station. The AirTrain station at Jamaica is the portal to New York City for millions of tourists, but while the connection from the AirTrain to LIRR at Jamaica is clear and pleasant, the path to the E train at that station is not nearly what it should be for such a major tourist gateway. The subway station itself is uninviting and almost completely lacking in signage that would make tourists feel welcome and help them navigate their journey to Manhattan, Long Island City, or wherever else they are heading in the city.

Thank you for the chance to testify today, and for bringing this important issue to light.

This testimony is a continuation of the Center for an Urban Future's extensive research on the tourism economy, including the recent study Destination New York, which was made possible by Times Square Alliance and the Association for a Better New York (ABNY).