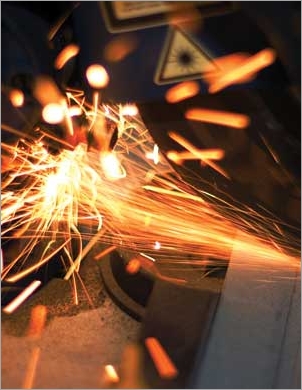 NYC’s next mayor will inherit a workforce development system in far better shape than when Mayor Bloomberg took office, but it’s now time to go beyond simply placing New Yorkers into jobs and build the skills of the local workforce.

In her State of the City speech on Monday, City Council Speaker Christine Quinn outlined an ambitious plan to overhaul New York’s workforce development system, which she called “a disjointed mess.” “Too often,” she noted, “we treat workforce as an afterthought. First we create the jobs, then we make sure New Yorkers have the skills to do the jobs. That’s looking at it backwards.”

While the next mayor will inherit a workforce development system in far better shape than when Mayor Bloomberg took office, Speaker Quinn is right to propose a new strategy for preparing our workforce. Indeed, few challenges awaiting the next mayor are as pressing as addressing the city’s serious human capital gaps.

An alarming share of New York’s population lacks the skills to compete for decent-paying jobs in today’s knowledge economy. This has relegated tens of thousands of New Yorkers to low-wage, dead-jobs, and seriously limited their chances for achieving economic mobility. But it also threatens New York’s economy since the most competitive cities today are the ones with the strongest human capital resources. New York has benefited more than most in this regard because it attracts so many of the best and brightest from across the country and around the globe. But the city is falling behind when it comes to preparing those who grow up here. And since New York employers will only face more competition for talent in the years ahead—from London, Singapore, Shanghai, Dubai and many other corners of the globe—the city will need to do a better job of developing the skills of its home grown population.

The sad truth is that too many New Yorkers are unprepared to succeed in today’s knowledge economy. For example, in early 2012, 56 percent of all new job openings in New York required a post-secondary degree, but only 42 percent of adult residents possessed one. Out of 100 metro areas studied by the Brookings Institution, the average shortfall between the demand for educated workers and the supply is 5.3 percent. New York’s is 5.9 percent, ranking it 67 out of those same 100 metros in meeting the educational needs of local employers.

In early 2012, 56 percent of all new job openings in NYC required a post-secondary degree, but only 42 percent of adult residents possessed one

The Bloomberg administration deserves great credit for turning around the city’s workforce development system, which received little attention or support in previous administrations. For example, the Giuliani administration chose its welfare agency to implement the 1998 Workforce Investment Act in New York City—not a step calculated to inspire confidence in employers. That agency had so little interest in non-welfare recipients that, in the year starting July 2000, it placed only 35 of them in jobs.

That tradition of neglect ended with Bloomberg. By shifting oversight of the city’s adult workforce development services to the Department of Small Business Services (SBS), Bloomberg’s team much better aligned workforce programming with the city’s employers. SBS has opened 18 Workforce1 Career Centers around the five boroughs, where only one existed under its predecessor. And the agency has steadily increased the number of New Yorkers placed into jobs. More recently, the administration created an Office of Human Capital Development to better coordinate the various agencies involved in workforce and adult education programming.

But despite clear improvements, the Bloomberg administration has had only limited focus on job training and building the skills of the city’s labor force. At a time when so many New Yorkers lack the minimum educational attainment level required by the majority of today’s living wage jobs, placement and job readiness activities alone do not add enough value to the city’s workforce.

The task for the next administration is to go beyond job placements and help more of the city’s residents develop the skills to obtain decent-paying jobs—and careers—in sectors that are growing. In particular, New York’s next mayor should work with employers in specific growth sectors like health care, information technology, culinary arts and hospitality, and transportation to build curricula that fulfill real needs in those industries. It should then align workforce programs at SBS, the Department of Youth and Community Development, the Human Resources Administration, the Department of Education and CUNY—which are indeed “disjointed” and, in many cases, duplicative right now—to prepare workers for career pathways in those industries.

As Speaker Quinn mentioned, the system also needs to incorporate more accountability. Programs should respond to real trends in the city’s economy. Right now, most city skills building programs don’t measure the success of their graduates at all, and the few that do, have registered poor results.

To be sure, taking New York City’s workforce system to the next level won’t be without challenges. Federal funding for workforce development is down dramatically over the past decade, despite higher unemployment rates and a greater skills gap. At the same time, federal funding rules are rigid, complex and contradictory. Agency managers guard their turf. The city’s scale and diversity frustrate centralized decision-making. But the city also brings to the table assets that other metropolitan areas could only dream of: workforce providers who are among the nation’s most innovative and experienced, philanthropic funders who give strategically and generously, and a city agency, the Center for Economic Opportunity, devoted to testing the evidence for what works and what doesn’t.

If the next administration capitalizes on those assets, New York City could build a lead in the education and training of its skilled workforce—the main driver of success in today’s global economy.