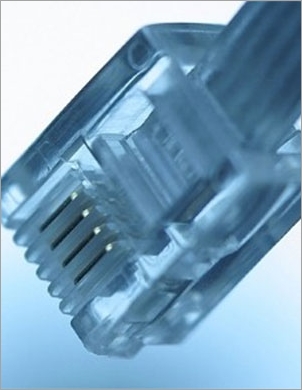 We can do more to close the ‘broadband gap’

In this op-ed for Newsday, CUF Research Director Jonathan Bowles explains steps New York City can take to bring reliable broadband internet access to every corner of the five boroughs.

There seems to be a consensus among business, civic and government leaders that upgrading and expanding New York City's transportation infrastructure is critical to the city's future economic growth, even if there isn't yet broad agreement on which specific transit project is most deserving of public investment.

But in today's digital age, it's also increasingly important for New York to have a modern telecommunications infrastructure. And on that score, the city has some work to do.

Nearly halfway through the first decade of the 21st century, it's no longer just technophiles and Wall Street brokers who are dependent on the Internet for everything from e-mail to online transactions. People are logging onto the Web from their homes all over the city, and businesses both small and large-in nearly every industry-are discovering they can't compete without taking advantage of the Internet.

Yet the sad fact is that many small and mid-sized companies around the five boroughs still find it downright impossible to obtain a reliable high-speed "broadband" Internet connection at prices they can afford.

The problem mainly affects companies in a number of commercial areas outside of midtown and downtown Manhattan-including large parts of Hunts Point, Long Island City, Red Hook, Williamsburg, the Brooklyn Navy Yard, East New York and the area around JFK Airport. In these places, cable-modem broadband service still isn't widely available and DSL (digital subscriber line, a faster alternative to dial-up) either isn't accessible or is of extremely poor quality. Meanwhile, most firms in these areas can't afford the one option they do have for a high-speed Internet connection: a T1 line, which costs several times as much as a DSL or cable Internet connection.

To be sure, New York City is no broadband backwater. But technical obstacles and market realities have created notable gaps between the city's broadband haves and have-nots. The telecom infrastructure in many of the city's older commercial areas outside of Manhattan is roughly 100 years old, and much of it is in bad shape. Copper phone wires that were old in Robert Moses' day can't adequately support today's high-speed data needs. Verizon owns and manages this infrastructure, but the company has been slow to upgrade its network. Time Warner and Cablevision have been more aggressive in offering high-speed Internet service to small businesses, but have mostly done so in residential areas, where they already provide cable-TV service. And with investors no longer showering telecom companies with money, new entrants in the market often can't raise the capital funds needed to target underserved areas.

The bottom line is that the economics of wiring business areas outside of Manhattan doesn't always add up for telecom companies. Outside of midtown and downtown Manhattan, there are few high-rise office buildings, and the businesses in these areas tend to be spread out and housed in small buildings that often don't have enough tenants to pique the interest of telecom companies. And even though every corner of the city is now home to at least a smattering of businesses that want a high-speed Web connection, in many areas the demand is not yet great enough for broadband providers to justify the high cost of investing in a more modern infrastructure.

Since the market alone isn't taking care of many businesses' technology infrastructure needs, policymakers in New York ought to look at ways to help fill the gap. Although the federal Telecommunications Act of 1996 limits what any local jurisdiction can do, there are still ways for the city to play a role in ensuring that broadband is widely available. One low-cost step that could help spark demand for broadband service is to join with industry associations and local business groups to raise awareness among small businesses about the value of being online. It might also offer incentives to broadband providers that agree to wire targeted areas or leverage the city's own substantial telecom spending to pressure carriers to upgrade existing infrastructure. And it should expand upon efforts already under way to make use of city-owned assets, such as lampposts and rooftops of municipal buildings, to encourage the rollout of wireless Internet service to underserved areas.

The good news is that the Bloomberg administration is beginning to tackle telecom issues. But there's a long way to go. City leaders should keep in mind that this "virtual infrastructure" might be as important to long-term economic growth as the more visible moves to improve transit services.