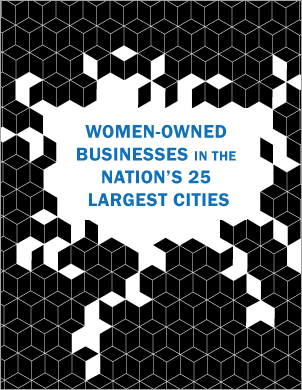 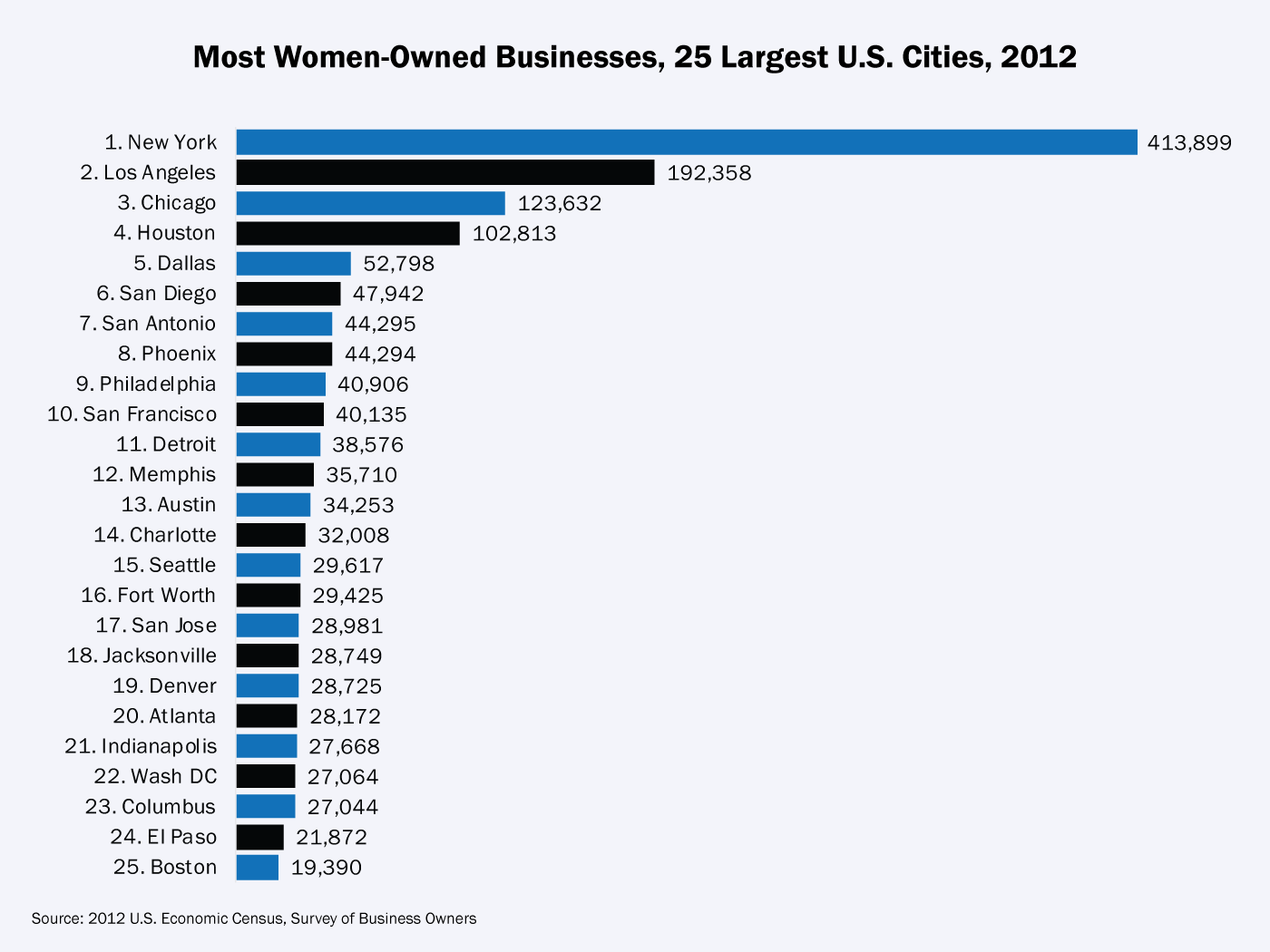 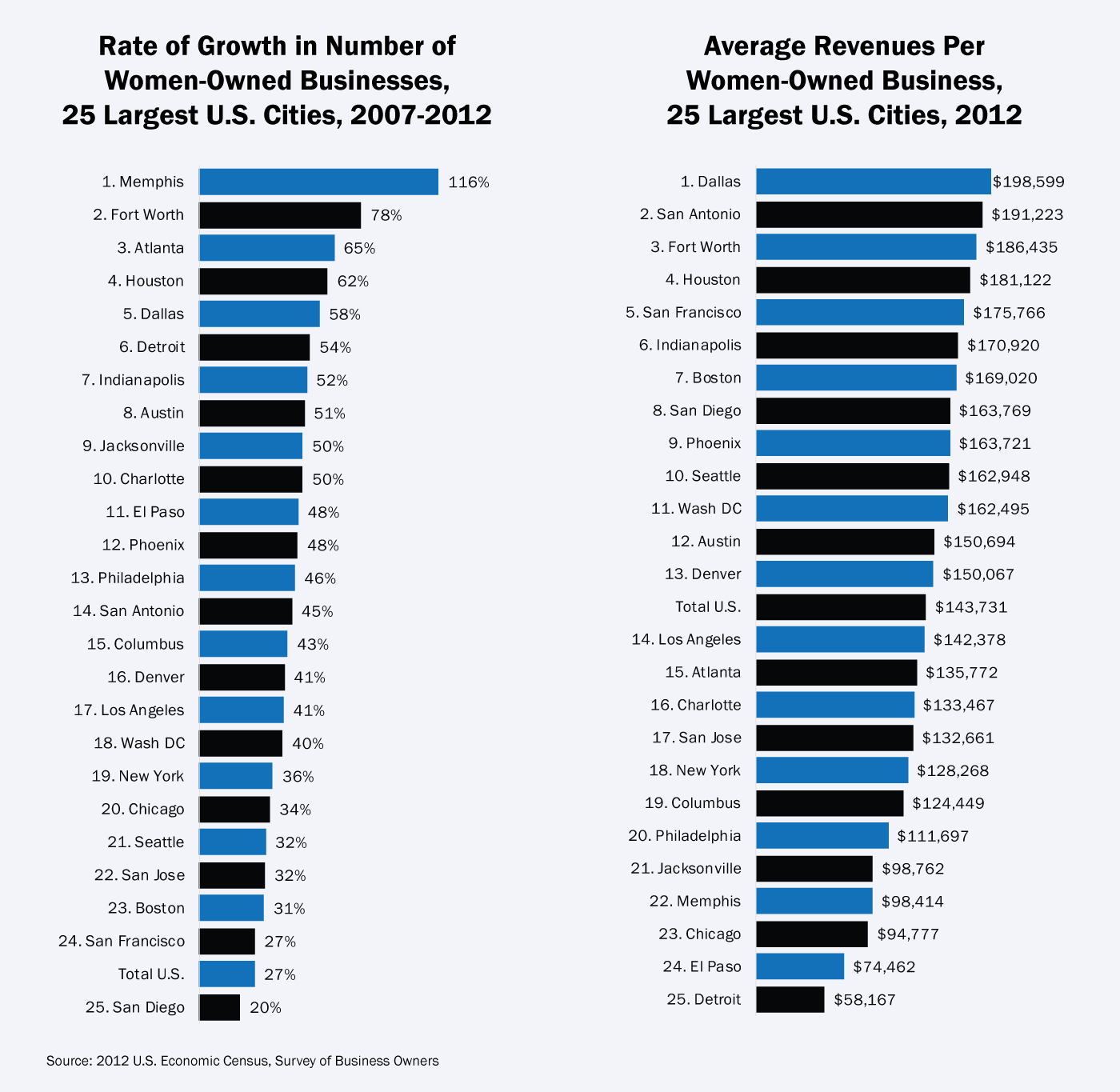 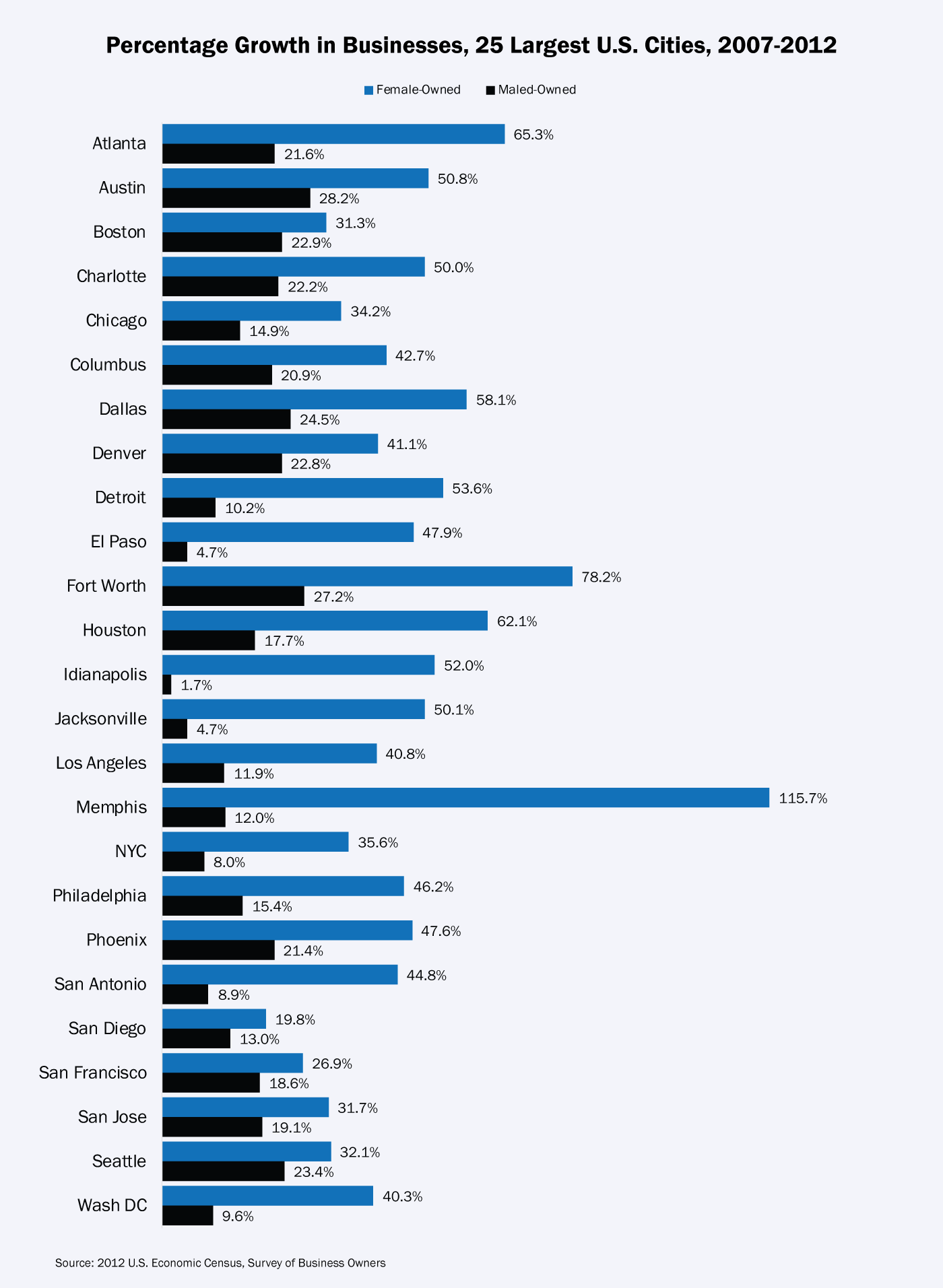 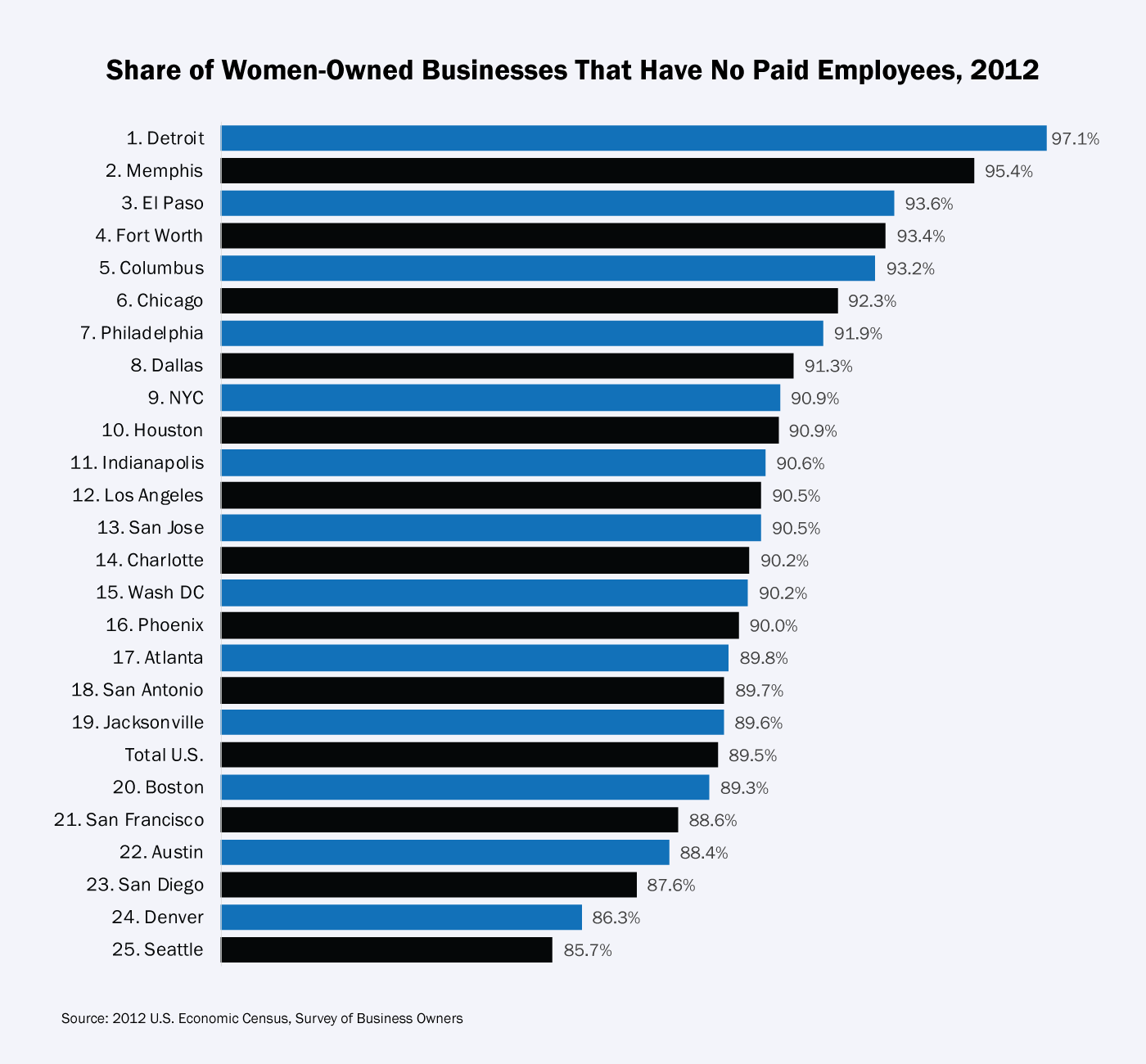 This research was made possible through Capital One’s Future Edge initiative.

CAPITAL ONE'S FUTURE EDGE initiative is a $150 million, five-year effort to help more American workers and entrepreneurs succeed in the 21st century economy. Through Future Edge, Capital One works with hundreds of leading community and nonprofit organizations in NYC and beyond, including microfinance and micro-lending organizations empowering women entrepreneurs such as Grameen America, Accion, and the Business Outreach Center Network. Learn more at www.capitalone.com/investingforgood or join the conversation on Twitter at @YourFutureEdge.

Breaking Through: The Economic Impact Of Women Entrepreneurs

Atlanta No. 3 U.S. city for growth of women-owned businesses

My thoughts: Overcoming challenges and finding success as a female small business owner

Women entrepreneurs on a dramatic rise in NYC over past 5 years: Study

Study: Women-owned business on the rise in BX

The Commercial Appeal, by Kevin McKenzie and Kayleigh Skinner , March 03, 2016

Top Cities Where Women Entrepreneurs Make the Most Money

For women entrepreneurs, business is booming but capital isn’t keeping up

What the Boom in Women-Owned Businesses Means for Cities

Ladies: Read This if You’re Thinking of Starting Your Own Business

More Women Are Opening Food Businesses Than Ever in New York, Study Says

Women-Owned Businesses Are Growing—but Not Enough

Female-owned businesses on the rise on Staten Island