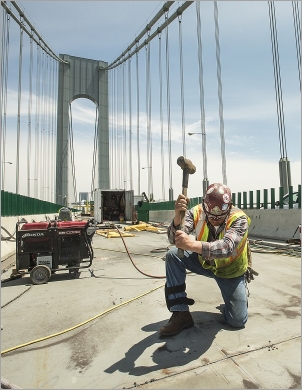 Jobs in Transit: Opportunity in the Transportation Sector

The transportation sector is growing in New York City, creating opportunities for accessible middle-wage jobs across the five boroughs. This data brief, the latest publication of our Middle Class Jobs Project, documents the industry's recent job gains, which have outpaced the city's overall economic growth over the past two years.

Recent job gains in New York City’s manufacturing sector suggest potential for additional growth. The industry added 3,400 jobs over the past five years, providing an important source of middle class jobs. But with manufacturing now accounting for just 2.1 percent of all private sector jobs in the city, it’s time for economic development officials to go beyond manufacturing and nurture the middle class industries of the future.

This data brief is a publication of the Center for an Urban Future’s Middle Class Jobs Project, a research initiative generously funded by Fisher Brothers and Winston C. Fisher.

General operating support for the Center for an Urban Future is provided by the Bernard F. and Alva B. Gimbel Foundation.

It’s unlikely that any one industry will be able to replace manufacturing, which has provided a large supply of middle-income jobs for generations, including many that are accessible to New Yorkers with limited educational credential or English skills. But there are a number of different sectors that are growing in the New York City, creating thousands of middle-wage jobs and showing potential for further growth.

One clear opportunity is in the transportation and warehousing sector.

This data brief, the latest publication of the Center for an Urban Future’s Middle Class Jobs project—a research initiative generously funded by Fisher Brothers and Winston C. Fisher— documents recent employment and wage trends in the transportation and warehousing sector. Our major findings include:

Source: NYS Department of Labor, Quarterly Census of Employment and Wages (QCEW). Employment figures are annual totals. In this analysis, we used annual employment data for 2015 because that was the most recent year for which data was available.

Jobs in Transit: Opportunity in the Transportation Sector is a publication of the Center for an Urban Future. Written by Jonathan Bowles, with additional research by Jon Sokolsky and Ilha Youn. Edited by Eli Dvorkin.

Support for Center for an Urban Future has been provided by the Bernard F. and Alva B. Gimbel Foundation.