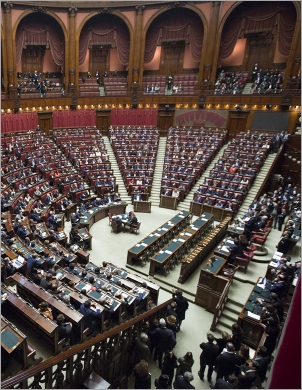 During his 2020 State of the State address, Governor Cuomo announced record funding and a new initiative aimed at promoting upskilling and developing industry-recognized credentials. These actions are sparked in part by CUF’s ongoing research on the future of work, including our 2018 report, State of Work: The Coming Impact of Automation on New York

The governor's agenda includes a record $14 million in new funding to expand apprenticeship programs, with the goal of doubling the number of apprenticeships in high-growth fields like tech and healthcare by 2025—an idea first put forward in CUF’s 2018 report, The Promise of Apprenticeships in New York. This new investment also follows the recommendations of the Center’s 2019 commentary, “15 Ideas to Expand Economic Opportunity in New York,” which argued that Governor Cuomo should allocate additional funding to expand apprenticeship programs statewide.

Governor Cuomo also announced the creation of first-in-the-nation Future of Work Centers: training hubs designed to provide short-term upskilling and industry-recognized credentials to help prepare workers to meet the needs of a fast-changing economy. Over the past two years, CUF has been the leading organization in New York calling attention to the risks facing workers in a more automated economy and our research has made the case for new programs and investments to support upskilling and incumbent worker training aligned with the changing needs of businesses. The Center’s 2018 report, State of Work: The Coming Impact of Automation on New York, found that more than 1.2 million jobs statewide are highly vulnerable to automation and called on state policymakers to “seed and scale up programs aimed at retraining workers for the jobs of the future” and “earn industry-recognized credentials.”