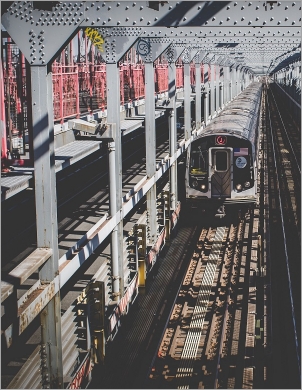 Op-Ed: Preparing for an Automated Future

The forces of automation will likely lead to a reduction in jobs in a range of New York City industries, from accountants and X-ray technicians to paralegals and taxi drivers. Rather than wait until it’s too late, New York’s policymakers must take swift action.

The writing is on the wall. The forces of automation that led to the loss of hundreds of thousands of factory jobs over the past few decades are now poised to bring about massive changes to a much larger swath of the economy—and not just in the Rust Belt. Artificial intelligence and other emerging technologies will likely lead to a reduction in jobs in a range of New York City industries, from accountants and X-ray technicians to paralegals and taxi drivers.

In this op-ed for Crain's New York Business, Jonathan Bowles, executive director of the Center for an Urban Future, and Winston C. Fisher, partner at Fisher Brothers and co-chair of the New York City Regional Economic Development Council, urge policymakers to take swift action. Rather than wait until it’s too late, New York’s government officials, business executives, and civic leaders should be taking steps now to prepare the workforce for the changes that are coming down the pike—and to develop ways to mitigate the job losses and dislocation that is likely to occur because of automation.

This op-ed is a publication of the Middle Class Jobs Project, a research initiative made possible by the generous support of Fisher Brothers and Winston C. Fisher.


Money for nothing: The case for universal basic income