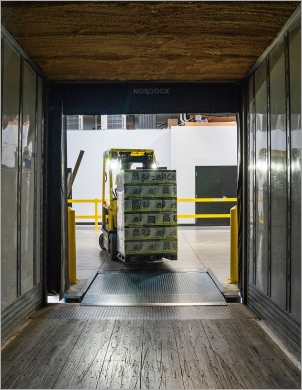 In this testimony before the NYC Council Committee on Civil Service & Labor, CUF editorial and policy director Eli Dvorkin outlines the potential effects of automation on New York City's workforce, and offers policy solutions that can help the city get ahead of these powerful economic forces.

Before the NYC Council Committee on Civil Service & Labor

My name is Eli Dvorkin and I’m the editorial and policy director of the Center for an Urban Future. Thank you to the committee for the opportunity to testify today.

As you may know, CUF is a nonprofit, nonpartisan think tank focused on expanding economic opportunity, reducing inequality, and building stronger pathways to the middle class.

There is perhaps no issue more central to that mission in the years ahead—or in need of greater attention—than the impact of a more automated economy on New York City’s workforce.

Over the past two years, my colleagues and I at the Center for an Urban Future have produced the first research to analyze the potential effects of automation here in New York City.

The good news is that the city is less vulnerable than much of the country. While about half of all job tasks nationwide could be automated, according to an analysis by the McKinsey Global Institute, our research finds that just 39 percent of job tasks performed in New York City could be automated in the coming decades.

But more than 456,000 jobs in the five boroughs are highly vulnerable to automation, and the pace of change will be particularly swift and destabilizing for many of the city’s lower- and middle-income workers, including tens of thousands of bookkeepers, stock clerks, fast-food workers, and cashiers.

More than 85 percent of the tasks those workers do every day can be automated using technology that already exists—and the cost of deploying that technology is decreasing.

At a time when thousands of New Yorkers are still struggling to make ends meet, the most alarming potential impact of automation is on the city’s most vulnerable workers. More than half of New York’s most automatable occupations pay less than $40,000 per year, and most of those jobs are currently accessible to workers without a postsecondary degree. Left unchecked, these trends could further widen New York’s opportunity divide.

New York City can get ahead of these powerful economic forces by launching the nation’s first Automation Preparation Plan.

This plan will require an unprecedented new commitment to helping those most at risk in an automating economy: New Yorkers already in the workforce. By vastly expanding options for New Yorkers to take advantage of skills-building opportunities across a lifetime, the city would help workers maintain their jobs as occupational requirements change or access new opportunities in fields that are poised to grow.

The City Council can start by helping to expand the city’s upskilling infrastructure.

This begins with new investments in city-funded training options for incumbent workers. Although New York benefits from an array of good workforce training programs focused on preparing New Yorkers for jobs, there are few resources and options designed to help current workers navigate a changing occupation and industry. The Council should work with the Department of Small Business Services and NYCEDC to develop programs aimed at helping workers adjust to automation—and access skills-building programs across an entire career path.

It should also include a major new investment to scale up New York City’s most effective tech training programs. New York is home to several organizations that have proven highly effective at moving New Yorkers with limited experience into tech-sector jobs. But these in-depth, career-oriented programs generally serve from a few dozen to a few hundred people per year. To better prepare for an automated economy, these programs will need new resources to grow.

The city should launch new efforts to make college credentials accessible and affordable for working New Yorkers. The Council should support CUNY’s efforts to help more of the 830,000 New Yorkers with some college and no degree to return and graduate, including by expanding support for the non-tuition costs that prevent too many New Yorkers from returning to college or graduating in the first place. The city could also follow California’s lead and create an all-online community college, in partnership with CUNY. Calbright is designed from inception to help working adults buttress their skills by earning short-term credentials and badges aligned with specific industry needs.

The second big step should be creating Lifelong Learning Accounts for New York City. Affording to earn a new credential or learn a new skill when you need it most — like right after losing employment — is a major barrier to up-skilling. Establishing city-sponsored lifetime training accounts would make those transitions easier by encouraging workers to save for future training.

Modeled on several successful pilot programs that have operated across the country since 2001, these portable accounts could be employer-matched, like retirement plans; allow workers to save pre-tax dollars; and travel with workers — including workers in the gig economy — from job to job. For low-income workers who lose a job due to automation, these accounts could also be seeded with public dollars in the form of a flexible skills-building grant.

We commend the City Council for taking seriously this growing challenge, and we urge New York City to lead the nation in preparing working people for a more automated economy.

This testimony is a continuation of the Center for an Urban Future's research on the potential effects of automation on New York's workforce, including the recent study State of Work, a publication of the Middle Class Jobs Project, a research initiative made possible by the generous support of Fisher Brothers and Winston C. Fisher.


Tech Takes Over From Finance as Manhattan’s Office Leasing Driver

Tech jobs now outpace all other industries in NYC: report