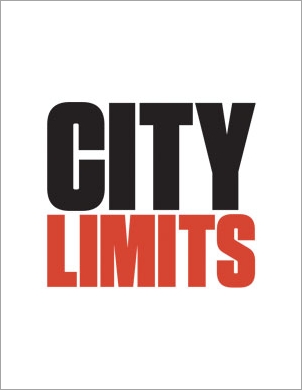 When New Yorkers think about aging infrastructure, bridges, roads and pipes come to mind. But in this City Limits op-ed, the Center's Adam Forman notes that schools, hospitals, jails and other public buildings aren't getting any younger, either. 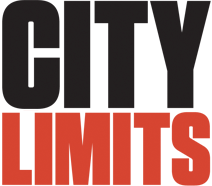 In New York City, these public buildings share an unfortunate characteristic with the more traditional transportation and utility infrastructure: They are very old.

An astounding 209 of the city’s 1,179 school buildings were constructed prior to 1920 and 50 buildings across the CUNY campuses predate the Great Depression. Sixty-one percent of city-owned courthouses were erected before 1940, the average city hospital building is 57 years old and the 55 shelters operated by the city’s Department of Homeless Services (DHS) are more than 70 years old, on average. Over 75 percent of the New York City Housing Authority’s (NYCHA) residential buildings have stood for more than four decades, and 531 have been around since at least 1950. More than half of the clinics operated by the city’s Department of Health and Mental Hygiene were built before 1950

To provide high quality education, reliable healthcare and a fair and equal criminal justice system, policymakers must consider not only practitioners, clients and services, but also the venues where these services are provided. Too often, these core goals are thwarted by inadequate and decaying buildings, warehouses and parks. When these assets deteriorate, the quality of social services quickly follows.

In New York’s public housing complexes, for instance, leaking roofs and cracked facades are commonplace. Of NYCHA’s 2,600 buildings, 1,500 do not comply with Local Law 11 standards for exterior and façade conditions. On rainy days, water spreads to the interior, leaving holes in walls, collapsed ceilings and hazardous mold. This is a major reason why nearly 800 NYCHA apartments are uninhabitable and currently vacant.

The deterioration of Rikers Island facilities is even more dramatic, jeopardizing the health of inmates, 20 percent of whom suffer from asthma. Beginning in 1975, a slew of court cases—collectively known as the Benjamin litigation—found conditions at New York City jails were unconstitutional. While a number of issues have since been addressed, violations concerning fire safety, ventilation and modular housing units remain unresolved.

Similar conditions afflict the city’s homeless shelters. The 55 facilities operated by the DHS are the oldest, largest and among the most desperate of the city’s 240 shelters. Rotting roofs, poor insulation, and heating and electrical failures plague these ancient facilities

The average public school building in the city is 66 years old. Brooklyn has the oldest schools in the city—with the average school in the borough constructed in 1942—and the greatest state of good repair needs: $466.3 million according to the Office of Management and Budget (OMB) asset management report. Unfortunately, only $71.4 million has been pledged in the most recent four-year capital commitment plan, or 15 percent of its capital needs.

Problems continue as students enter the city’s public universities. At CUNY, the average facility is 53 years old. At many of CUNY’s senior and community colleges, electric distribution systems are old and unreliable, delaying the introduction of new computer labs and other technological upgrades. At York College, the Queens water table has risen three feet above the basement floor of the Academic Core Building, necessitating the relocation of the electric distribution system. At Queens College, much of the campus depends on an unreliable 4160-volt electricity distribution system, leading to frequent power outages. At the College of Staten Island, power fluctuations in the Center for the Arts building cause spikes and dips, damaging sensitive equipment. With CUNY enrollment at an all-time, it is more important than ever that facilities are high-functioning and equipped with technology for the 21st century economy.

The city’s economic development goals are hindered at a number of other junctures as well. Cargo facilities at John F. Kennedy airport, for instance, are 40 years old on average, with 63 percent considered “non-viable” for modern screening, storage and distribution. Partially as a result, shipments into the airport fell by 545,737 tons from 2000 to 2013, the equivalent of 19,101 jobs lost.

Rehabilitating and modernizing these deteriorating assets will not be easy, or cheap. In 2012, CUNY reported $2.5 billion in deferred infrastructure maintenance. At NYCHA, where federal contributions have fallen dramatically over the last decade, the capital shortfall is approaching $14 billion. The city’s Department of Education will not fund $1 billion of its line item state of good repair needs over the next four years. The gap at the Department of Correction, responsible for the city’s 14 jails, is nearly $250 million.

These reforms cannot be delayed. Without immediate, sustained and generous investment in its core infrastructure, New York’s quality of life and economic competitiveness will quickly diminish.