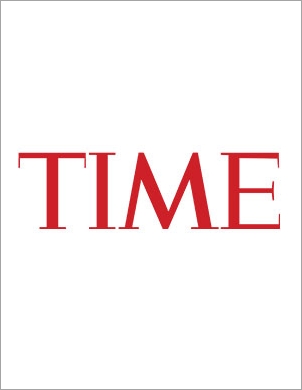 In this op-ed for TIME, the Center's Adam Forman writes that while tragedies are rare, the city's aging infrastructure is responsible for countless disruptions and malfunctions. Billions will need to be spent—but the price of inaction is worse.

While tragedies are rare, the city's aging infrastructure is responsible for countless disruptions and malfunctions. Billions will need to be spent—but the price of inaction is worse.

It is still unclear what caused Wednesday’s tragic explosion in East Harlem. Firemen and forensic inspectors are still combing through the debris. But many signs point to a 127-year-old, cast-iron gas line that served the collapsed buildings.

Sadly, these old gas lines are not uncommon in New York City. The city’s 6,362 miles of gas mains are 56 years old on average and 53 percent are made of unprotected steel or cast iron, corrosive and leak-prone materials. In 2012, this aging network of gas mains and service lines was responsible for nearly 6,000 gas leaks across the city.

In the wake of Wednesday’s deadly blast, Mayor Bill de Blasio and other New York officials — including those from Con Edison, the utility company that provides natural gas to Manhattan, the Bronx and sections of Queens — will need to expedite the repair and replacement of the aging gas distribution system and prevent similar disasters in the future. Their work cannot end with the gas lines, however. Throughout the city, utility and transportation infrastructure is decaying and in need of immediate attention.

A report published on Monday by the Center for an Urban Future found a significant portion of New York City’s bridges, water mains, sewer pipes, school buildings, and other essential infrastructure is more than 50 years old and in need of repair. Throughout the city, 1,000 miles of water mains, 170 school buildings and 165 bridges were constructed over a century ago. The city’s public hospital buildings are 57 years old, on average, and 531 public housing towers were built prior to 1950.

While tragedies are rare, this aging infrastructure is responsible for countless disruptions and malfunctions.

In 2013, there were 403 water main breaks. Although most are minor, serious ruptures are an annual occurrence. Already this year, a major water main break on 13th Street in Manhattan flooded the street and nearby subways. In 2013, a similar incident paralyzed the subways at 23rd Street in south Midtown.

In 2012, 162 bridges across the city — or 11 percent of the total — were structurally deficient. More problematic, 47 of these were deemed “fracture critical,” an engineering term for bridges that have little structural redundancy, making them prone to failure and collapse.

Thirty seven percent of all subway signals exceed their 50-year useful life, slowing the movement of trains and forcing maintenance workers to build their own replacement parts because they are no longer privately manufactured. Approximately 4,000 miles of sewer pipe across the city are made of vitreous clay, a material susceptible to cracking and blockage. Meanwhile, 1,500 of the 2,600 public housing buildings do not comply with local standards for exterior and façade conditions.

Restoring and modernizing these deteriorating assets will not be easy, or cheap. We estimate that $47 billion is needed over the next four to five years simply to bring the city’s aging infrastructure to a state of good repair. However, based on accumulated funding gaps and shortfalls in upcoming capital plans, unmet needs will reach $34.2 billion.

To address this funding gap, the city will need additional assistance from the federal government, which has a huge stake in the economic competitiveness of New York and other urban centers. Congress should support President Obama’s recent proposal to devote $300 billion to preserving and modernizing the nation’s crumbling infrastructure.

Mayor de Blasio should also focus a larger share of the capital spending on repairing and modernizing existing infrastructure assets. While former mayor Michael Bloomberg deserves significant credit for constructing several new schools and parks and completing major projects like the third water tunnel, his administration’s generous capital budgets often placed more emphasis on new construction than on needed repairs. Conditions of local roads declined over the course of his administration, as did the replacement rate of water and sewer mains.

As the recent tragedy in Harlem illustrates, the consequences of failing to maintain and repair existing infrastructure can be dramatic. Without immediate, sustained and generous investment in its core infrastructure, New York’s health, safety and quality of life will quickly diminish.

Adam Forman is research associate at the Center for an Urban Future, a New York City based think tank. He is also author of “Caution Ahead,” a report published on Tuesday, March 11th by the Center about New York’s infrastructure vulnerabilities. This op-ed was originally published by TIME on March 13, 2014 and is republished with permission.