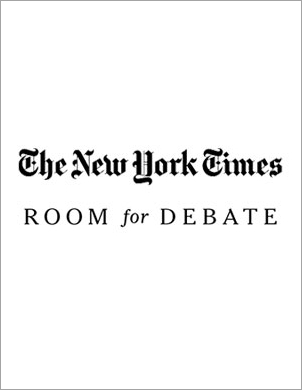 In this Room for Debate essay in the New York Times, the Center's Jonathan Bowles argues that much of America’s essential infrastructure is well past its prime and in need of repair.

Thankfully, only a small share of the city’s gas mains hail from the 19th century. But the average main in New York is 56 years old and more than half of them are built from unprotected steel and cast iron, material that is prone to leaks.

While the tragedy in East Harlem underscores the need to accelerate the replacement of New York’s old gas mains, it should also serve as a powerful reminder to federal, state and municipal officials around the nation that much of America’s essential infrastructure is well past its prime and in need of repair.

What we found out after the blast should remind officials around the nation that much of America's infrastructure is well past its prime.

As we outlined in a report released this week, New York may offer the clearest example of what can go wrong with an aging infrastructure. Largely because of an old network of water mains — more than 1,000 miles of mains across the city are over 100 years old — New York experienced 403 water main breaks last year. More than 160 bridges in New York City are over a century old, and 47 were deemed “fracture critical,” an engineering term used for bridges with limited structural redundancy, making them prone to failure and collapse. Additionally, the city’s sewer pipes are 84 years old, on average, and 37 percent of the subway’s signals have exceeded their 50-year useful life.

But New York is far from the only American city struggling with an aging infrastructure. Earlier this year, researchers from Duke and Boston University mapped gas leaks in Washington, DC and found nearly 6,000 places where buried gas mains were leaking enough methane to detect it from the street. In 2007, 13 people were killed when a Minneapolis bridge collapsed. As recently as last year, 11 percent of the nation’s bridges (PDF) were found to be “structurally deficient.” Too many school buildings across the nation hail from the first half of the 20th century and lack the modern facilities needed to prepare kids for the 21st century, and too many electricity distribution systems suffer major problems during storms. Meanwhile, the nation’s archaic air traffic control system slows down air travel throughout the nation and a significant portion of the nation's water infrastructure is nearing the end of its lifespan.

In recent years, the federal government has failed to come up with adequate funding to address these mounting infrastructure challenges. Congress should support the innovative plan that President Obama laid out last month to spend $300 billion on the nation’s decaying infrastructure. Meanwhile, state and local officials should identify new dedicated revenue sources to pay for infrastructure projects and refocus their capital spending on bringing existing assets into a state of good repair.

Jonathan Bowles is the executive director of the Center for an Urban Future. This essay was originally published by the New York Times on March 13, 2014 as part of Room for Debate and is republished with permission.