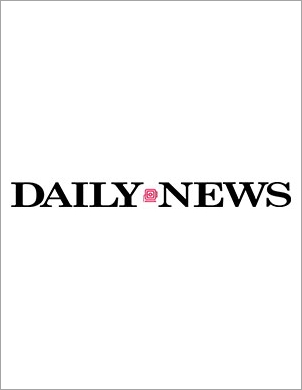 by Jonathan Bowles and Adam Forman

To succeed in tackling income inequality, Mayor de Blasio will need to go beyond his admirable efforts to expand pre-K programs and devise a practical and ambitious strategy to boost the number of middle-income jobs — particularly those that are accessible to New Yorkers without a college degree.

This won’t be easy at a time when so much of the recent job growth has been in low-paying industries like restaurants, retail and health care, or in high-end sectors such as tech and advertising that pay much better wages but overwhelmingly hire people with at least a bachelor’s degree.

However, there is one promising option: a public works program to modernize New York City’s aging infrastructure.

There’s little doubt that New York’s water and sewer mains, highways, school buildings, public housing developments and other essential assets are in need of immediate repair. As the tragic explosion in East Harlem illustrates, so much of New York’s critical infrastructure has exceeded its useful life.

While tragedies are extremely rare, the city’s aging infrastructure leads to countless disruptions and malfunctions. Last year, there were 403 water main breaks and, in 2012, 162 bridges across the city — or 11% of the total — were found to be structurally deficient. Thirty seven percent of all subway signals exceed their 50-year useful life, slowing the movement of trains. Nearly 1,500 of the 2,600 public housing buildings do not comply with local standards for exterior and façade conditions, leading to water infiltration and poor insulation.

The source of these disruptions and malfunctions is obvious: the city’s core infrastructure is aging. While gas mains are 56 years old on average, they are younger on average than subway repair yards (90 years old), sewer mains (84 years), water mains (69 years), public school buildings (66 years), bridges (63 years) and public hospital buildings (57 years). Throughout the city, 1,000 miles of water mains, 170 school buildings and 165 bridges were constructed over a century ago.

Repairing and modernizing that infrastructure will not be cheap. A report just published by the Center for an Urban Future estimates that $47 billion is needed over the next five years simply to bring the city’s aging assets to a state of good repair.

But this need not be viewed as a burden. A major upgrade will not only make the city safer and more competitive; it is also the best available option for creating middle-income jobs.

Investing in infrastructure is a proven job generator. According to a 2009 University of Massachusetts study, every $1 billion invested in water infrastructure generates 12,000 new jobs. The same investment in fixing roads and bridges creates nearly 15,000 positions. The repair and maintenance of existing infrastructure is found to generate more jobs than new construction.

These construction, engineering and design jobs can provide a clear pathway to the middle class. With an alarming 35% of working adults in New York City in jobs that pay less than $27,000 a year — up from 31% in 2007 — this opportunity for upward mobility is vital. A new infrastructure investment should include new apprenticeship programs and job training to ensure that a diverse mix of New Yorkers can access these jobs and build long-term skills.

Paying for this ambitious public works program won’t be easy given the limited appetite in Congress for spending. But the mayor could establish new dedicated revenue streams. For instance, to fund transportation projects, he should support the “Fair Plan,” which would add new tolls on East River bridges that bring vehicles into the central business district and reduce tolls on bridges that don’t.

A new Surface Water Management Fee, modeled on such a program in Seattle, could pay for water infrastructure projects. Other potential revenue sources include a residential parking permit program and Pay-As-You-Throw trash collection.

De Blasio should also link up with other mayors across the state and push for Gov. Cuomo and the Legislature to support a major new campaign to modernize bridges, roads, transit systems, schools and energy infrastructure from Brooklyn to Buffalo. Pennsylvania recently approved a package of tax-and-fee changes that will raise $2.3 billion a year for transportation infrastructure; Maryland raised the gas tax for the first time in 20 years to fund infrastructure projects.

Mayor de Blasio often mentions his admiration for Fiorello LaGuardia. It was LaGuardia who built much of the city’s infrastructure, creating thousands of jobs and stimulating New York’s economy. This mayor should follow his lead.