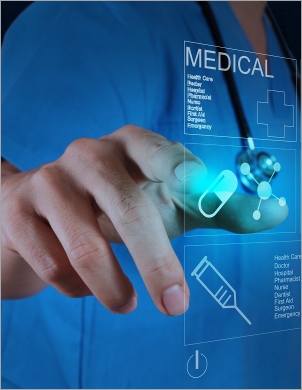 The digital health sector has emerged as one of the fastest growing parts of New York City’s tech ecosystem—and an increasingly important generator of well-paying jobs. Today, New York is the nation’s second-largest center for digital health innovation, behind only Silicon Valley.

Digital health may not eclipse other segments of New York City’s booming tech scene, such as advertising and finance. But the sector has already created thousands of jobs and is poised to become a much bigger source of employment in the future. The following recommendations will help New York strengthen its position in this growing industry.

Create a digital health ecosystem.
New York City should establish a consortium of companies, accelerators, and other organizations that are dedicated to digital health, bringing together what is now a fragmented community of professionals that are trying to foster the growth of this industry. The city could contribute to this effort by sponsoring networking events dedicated to digital health, as well as subsidized courses to help entrepreneurs navigate challenges such as raising venture capital and navigating health regulatory systems.

The Mayor’s Office of Technology and Innovation is working on a number of initiatives to strengthen the overall tech community in the city, including Neighborhoods.NYC, which is aimed at establishing online hubs for community groups. But these initiatives do not focus on any specific subgroups within the technology industry. The effort to boost the digital health ecosystem could be strengthened by appointing a director of digital health innovation either in the Office of Technology or the city’s Department of Health. This person could liaison with the New York State Department of Health’s Office of Health Information Technology Transformation, which was established in 2007 to coordinate health IT initiatives across the state’s health providers.

Part of the effort to create a digital health ecosystem should include publicizing the success of the strong industry that’s already well established. Whether it be ad campaigns touting the digital health companies that started in New York City—and found success here—or Mayor de Blasio simply showing up at the city’s next digital health conference to talk about the importance of the sector, all of that will shine light on this emerging sector and foster a sense of unity. “We have to celebrate its success,” says Maria Gottsch of the Partnership Fund for New York City. “That will help fuel private investments.”

Develop more opportunities for early-stage companies to pilot their technologies.
New York City should build on the NYCEDC’s Digital Health Breakthrough Network by offering more funding for pilot testing of new technologies, so start-ups can attract the VC funding they need to get to the next stage of development. The city and state should also expand efforts to match government-run healthcare programs, such as Medicaid, with beta versions of new digital tools. Likewise, the NYC Health and Hospitals Corporation should be tapped to help implement pilot testing of early-stage technologies.

Private healthcare providers should also pitch in to foster early technologies. One promising model launched in December 2016 in Philadelphia. Safeguard Scientifics, Independence Health Group and the Ben Franklin Technology Partners of Southeastern Pennsylvania worked together to set up a $6 million fund to support Philadelphiabased digital health startups. Similar partnerships should be encouraged in New York.

Incentivize healthcare providers to adopt new technology.
The government should incentivize hospitals, insurance companies, and other health providers to invest in digital tools. For example, it could offer tax credits or grants to companies that pilot a certain number of homegrown technologies per year.

The city should also consider establishing a website where New York–based technology providers can list their planned pilots and connect with partners to test their technologies. That will enable health facilities to gain a better understanding of what emerging tools are available for testing, further accelerating match-ups between digital health innovators and potential customers.

Establish digital health campuses.
Expand the availability of shared workspaces for digital health companies that would provide affordable office space and the opportunity to network with others in the industry. This would encourage startups to go forward with hiring plans that they may otherwise put on hold due to a lack of space and financial resources.

One way to accomplish this would be to offer incentives for developers to preserve and grow Class B and C office space, which is highly sought after by technology startups because of its relatively low rental rates. In 2014, the NYCEDC predicted that the supply of Class B and C office space would outstrip the demand by 2018. Between 2000 and 2012, Manhattan lost 6.2 million square feet of B and C offices because developers were purchasing those building and converting them primarily to apartments and hotels, according to NYCEDC.32 WeWork, which specializes in turning Class B properties into shared workspaces popular among the tech crowd, does have 31 locations in Manhattan, as well as four in Brooklyn and one in Queens. But still more could be done to make affordable space more accessible.

Grow a talent pool of tech workers dedicated to improving healthcare.
The city should work with local universities and companies to train engineering and computer programming students for careers in digital health, and to direct graduates toward those jobs. Universities such as Cornell and Columbia could establish career days dedicated to digital health, which would allow entrepreneurs in the sector to meet students who may be interested in working with them in the future.

Training for careers in digital health could start even earlier, with programs in the New York City school system designed to groom tech-minded students who might want to apply their talents to improving the healthcare system. In 2012, the city worked with Union Square Ventures’ Fred Wilson to start up the Software Engineering Academy, a high school that trains students for careers in that field.33 That and other private institutions might also be good hosts for classes and training programs dedicated to technology and healthcare.

Another venue for digital health training could be the Tech Talent Pipeline, established in 2014 by Mayor de Blasio. The $10 million publicprivate partnership is devoted to training New Yorkers for careers in technology, and its advisory board includes Oliver Kharraz, co-founder and president of ZocDoc.34 Tech Talent Pipeline currently offers nine different training programs, some of which are held in partnership with Queens College, Brooklyn Tech and City University of New York, but none are focused specifically on digital health. Integrating digital health content into these training programs would help grow the talent pool in New York.


Digital health is helping to fuel the city’s economy