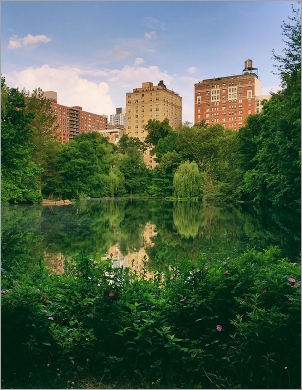 INVESTING IN PARKS TO BENEFIT NEW YORKERS FOR DECADES TO COME

In this testimony before the NYC Council Committee on Parks and Recreation, Eli Dvorkin, CUF’s editorial and policy director, shares new data and findings about the city's aging parks infrastructure and outlines recommendations that urge new investment in parks maintenance and operations while developing additional revenue sources and addressing the broken capital construction process.

Testimony of Eli Dvorkin
Editorial & Policy Director, Center for an Urban Future
Before the NYC Council Committee on Parks & Recreation

My name is Eli Dvorkin and I’m the editorial and policy director of the Center for an Urban Future (CUF). As many of you may know, CUF is a nonprofit, nonpartisan think tank and policy organization focused on expanding economic opportunity and strengthening communities across all five boroughs.

For more than 20 years, we’ve published in-depth research on an array of topics critical to the city’s future, including major reports on everything from supporting entrepreneurship in low-income communities and boosting community college graduation rates to revitalizing aging infrastructure and unlocking new opportunities to create middle-class jobs.

Nearly two years ago, our team of researchers set out to understand the role that parks play as vital urban infrastructure—and the threats that the system faces in the years ahead.

What we found is alarming.

Our report, A New Leaf, reveals for the first time that the average New York City park is 73 years old. Across all five boroughs, most parks are at least half a century old, ranging from an average age of 51 years on Staten Island to 86 years in Manhattan. A quarter of New York’s parks are at least 84 years old, and one park in 10 was built before 1898.

Moreover, we found that parks in every borough are struggling with aging assets that are at or near the end of their useful lives—including drainage systems, retaining walls, and bridges.

The age of our system comes at a cost. Over the past decade, state-of-good-repair needs—which includes major infrastructure and capital repairs—increased by 45 percent, from $405.9 million in fiscal year 2007 to $589.1 million in fiscal year 2017. Meanwhile, the department’s recommended maintenance needs increased by 143 percent, from $14 million to $34 million. And that figure is likely just a fraction of the real need.

Yet, just 15 percent of the recommended state-of-good-repair needs, and 12 percent of the maintenance needs, were funded in the most recent year. That’s at or near the lowest levels of any agency.

While the mounting infrastructure needs are largely due to the age of the system and record usage of parks in recent years, our research finds that the problems have been compounded by decades of under-investment in basic parks maintenance and inadequate spending on infrastructure upgrades. The result is that NYC has fewer skilled parks maintenance workers than other big-city systems—and that smaller issues end up growing into bigger problems.

In total, our report found just 39 plumbers for the entire parks system. Similarly, the city has about 150 gardeners citywide for nearly 20,000 acres of parkland—a ratio of one gardener to every 133 acres. By comparison, the San Francisco Recreation and Parks Department has over 200 gardeners for 4,113 acres of parkland, a ratio of one gardener to 20 acres.

The consequences are clear on the ground. Some districts—like Bronx’s Community Board 8—had zero dedicated gardeners, while others have just one, which makes effective horticultural maintenance impossible.

These problems extend far beyond horticulture. For the parks system’s miles of power lines and countless fixtures, there were just 27 electricians and one supervising electrician as of FY 2018. By comparison, Chicago, with less than a quarter the parks acreage of New York, had 32 electricians on staff. Likewise, our research found just nine cement masons and two helpers for all parks citywide.

This shortage is symptomatic of a larger trend: the city’s parks system has suffered disproportionately in the aftermath of previous recessions—and the next downturn is on the horizon.

Since the 1970s fiscal crisis, the full-time staffing headcount of the Parks Department has dropped from a high of 11,642 in 1976 to a little over 7,600—a 35 percent decline. This means not only fewer skilled workers to fix pipes, point masonry, clear catchbasins, and tend to horticulture, but also a lack of capacity to gather data, speed up capital projects, and maintain consistent relationships with community members.

Despite these concerns, our report finds that recent investments in chronically underfunded parks are having a meaningful impact, and we commend Mayor de Blasio, the City Council, and Commissioner Silver for launching the Community Parks and Anchor Parks Initiatives, and we urge their continuation. These initiatives are improving parks equity while tackling underlying infrastructure needs, but those needs remain urgent.

Our report concludes with more than 20 specific and achievable recommendations for revitalizing the city’s aging parks infrastructure. But here are three critical next steps:

This study was made possible by the Stavros Niarchos Foundation.