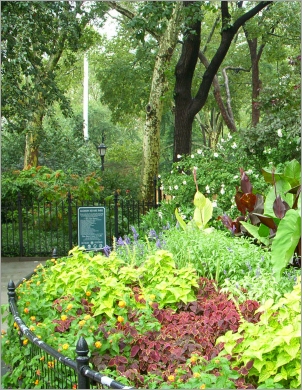 Before the NYC Council Committee on Parks & Recreation

My name is Eli Dvorkin and I’m the editorial and policy director of the Center for an Urban Future (CUF). As many of you may know, CUF is a nonprofit, nonpartisan think tank and policy organization focused on expanding economic opportunity and strengthening communities across all five boroughs.

Last summer we published A New Leaf, a major new analysis of New York City’s aging parks infrastructure. Our report found that the average New York City park is now 73 years old, and that parks in every borough are struggling with aging assets that are at or near the end of their useful lives—including drainage systems, retaining walls, bulkheads, and bridges.

Upgrading this essential urban infrastructure comes at a cost. Over the past decade, state-of-good-repair needs—which include major infrastructure and capital repairs—increased by 53 percent, from $401.4 million in fiscal year 2009 to $615.6 million today. Yet, just 36 percent of the recommended state-of-good-repair need is funded and planned in the current capital budget.

But funding alone won’t be enough. To make lasting progress, every capital dollar will have to stretch much further than it does today. However, the city’s capital design, procurement, and construction process remains deeply flawed in general, and is especially lengthy and frustrating for parks.

Our research identified numerous examples of parks projects that suffered extreme delays and cost overruns. For instance, consider a single bathroom construction project on the western edge of Ferry Point Park in the Bronx. Initially funded in 2006, the bathroom didn’t open until March 2018—more than 11 years later. The project was initially projected to cost $2 million but eventually totaled more than $3.6 million.

While more progress is needed to improve project delivery, the Parks Department has made significant strides under Commissioner Mitchell Silver’s leadership. The Parks Department has implemented several effective timesaving measures, including standardizing designs and minimizing changes in the construction phase. These changes have cut down the design and construction phases by several months for newly initiated projects, and the majority of new projects are meeting their benchmarks.

Building on this momentum will require a major effort to streamline and improve the planning and procurement phases, where projects end up mired in a scoping and approvals process that includes the Parks Department, elected officials, community groups, and oversight agencies such as OMB and the Comptroller. Encouragingly, OMB has expressed willingness to shorten the approval process—an essential step, as OMB reviews currently contribute significantly to delays and cost overruns. Other agencies must follow in these footsteps as overhaul efforts will only be successful if every agency with a hand in the process commits to the shared goal of improving project delivery.

Elected officials can also play a vital part in improving this process by ensuring that funded projects do not change in scope after planning is underway.

Our report concludes with more than 20 specific and achievable recommendations for revitalizing the city’s aging parks infrastructure. Here are four critical next steps specifically focused on improving the capital construction process for parks projects:

This testimony is a continuation of the Center for an Urban Future's research on NYC's parks infrastructure, including the recent study A New Leaf, which was made possible by the Stavros Niarchos Foundation.


City Council Holds Another Hearing on the Parks Capital Process