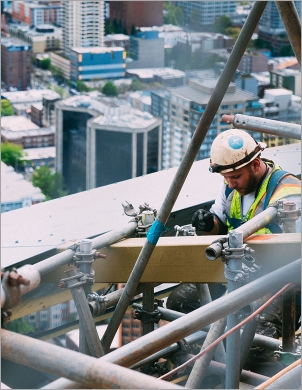 New York City's capital construction process is plagued by delays and cost overruns—a longstanding challenge that DDC's new reform plan seeks to fix. But for these reforms to stick, every agency with a hand in the process will have to commit to the shared goal of improving project delivery.

There is an overwhelming need to rebuild and repair New York City's aging infrastructure. But cost overruns and lengthy delays for city-managed capital projects have stunted New York's ability to repair bridges and water mains, restore libraries and parks, and invest in the infrastructure that supports the city's economic development. In this Crain's New York op-ed, CUF Executive Director Jonathan Bowles and Editorial and Policy Director Eli Dvorkin commend Deputy Mayor Dean Fuleihan and DDC Commissioner Lorraine Grillo for their plan to reform the capital construction system, while urging every agency with an oversight role to embrace these changes and commit to internal overhauls of their own.

This op-ed is a continuation of the Center for an Urban Future's ongoing research on New York's aging infrastructure. Many of the specific proposals in DDC’s reform plan mirror recommendations made in our Slow Build report, which was made possible with support from the Charles H. Revson Foundation.

This op-ed was made possible thanks to support from Charles H. Revson Foundation. General operating support for the Center for an Urban Future has been provided the Clark Foundation, Bernard F. and Alva B. Gimbel Foundation and the Altman Foundation.

Center for an Urban Future (CUF) is an independent, nonprofit think tank that generates innovative policies to create jobs, reduce inequality and help lower income New Yorkers climb into the middle class. For 22 years, CUF has published accessible, data-driven reports on ways to grow and diversify the economy and expand opportunity that are anchored in rigorous research, not preconceived notions about outcome. Our work has been a powerful catalyst for policy change in New York City and serves as an invaluable resource for government officials, community groups, nonprofit practitioners and business leaders as they advocate for and implement policies to address some of New York’s biggest challenges and opportunities.