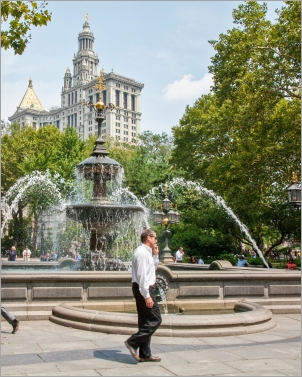 In this testimony before the NYC Council Committee on Parks & Recreation, CUF policy director Eli Dvorkin urges the city to reform the broken capital construction process in order to build and maintain New York’s most vital social, economic, and ecological infrastructure.

Editorial & Policy Director, Center for an Urban Future
Before the NYC Council Committee on Parks & Recreation

My name is Eli Dvorkin and I’m the editorial and policy director at the Center for an Urban Future, an independent research organization focused on building a stronger and more equitable New York City.

I’d like to begin by commending Chair Krishnan and the committee for taking on this incredibly important but deeply unsexy issue. Progress can only happen when leaders believe that change is possible, and today’s hearing is a testament to that.

In an era defined by a catastrophic public health crisis, a seismic shift toward remote and hybrid work, and the growing threat of climate change, parks have become New York’s most vital social, economic, and ecological infrastructure.

But this infrastructure faces enormous challenges in the months and years ahead. Our research has shown that the average New York City park is more than 73 years old. Decades of underinvestment in maintenance has contributed to an estimated backlog of more than $6 billion in capital needs—and surging usage, combined with the effects of climate change, will drive that figure even higher.

The problem is that New York’s calcified and inefficient system for building and repairing critical public assets is preventing the city’s limited capital dollars for social infrastructure from stretching nearly far enough.

In recent years, the Parks Department has implemented several promising timesaving measures, including standardizing designs and minimizing changes in the construction phase. As a result, more new projects are meeting their benchmarks.

But building on this momentum will require a major effort to streamline and improve the planning, design, procurement, and construction phases.

To be clear, this is not simply a Parks Department problem. Projects end up mired in a scoping, approvals, and change order labyrinth that includes the Parks Department, elected officials, community groups, and oversight agencies such as the Office of Management and Budget, the Comptroller’s Office, and many more.

Fortunately, the city’s main capital project management agency, the Department of Design and Construction, has laid out a blueprint for capital project delivery improvements that demonstrates that progress is possible—shaving 8 months from the typical project since 2019, with the goal of reducing the average project timeline by 14 months, or 28 percent.

Every agency and office with a capital portfolio or oversight role should launch a capital project delivery blueprint of its own, with the goal of achieving similar savings systemwide. And the City Council can pass legislation mandating just that.

In addition, the City Council should champion the swift and complete implementation of the draft recommendations from Mayor Adams’s Capital Process Reform Task Force. These 18 concrete, achievable recommendations, if implemented, will drive significant additional time and cost savings—including at the Parks Department—and should be a top priority for the year ahead.

For more of our work on parks, social infrastructure, and capital project delivery reform, please check out our website at nycfuture.org.