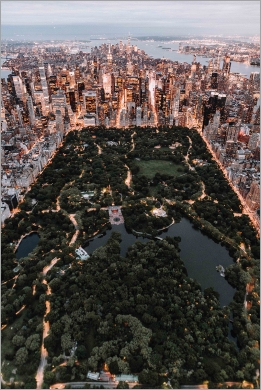 NYC parks need more money, here’s how to raise it

New York City Mayor Bill de Blasio and the City Council should commit to increasing the city’s Department of Parks and Recreation budget by $100 million this year. But to make sure this investment is sustainable for the long-term, the city needs to get creative about alternative sources of revenue. In this City and State op-ed, CUF Editorial Director Eli Dvorkin lays out new ideas for generating funding for parks.

Record usage and decades of underinvestment in maintenance and infrastructure is threatening the long-term sustainability of the city’s parks system. These parks, playgrounds, recreation centers and natural areas are crucial for keeping New Yorkers physically and mentally healthy, and play a key role in combating the effects of a warming planet. But as we documented in our 2018 "A New Leaf" report, revitalizing New York City’s aging parks infrastructure will require substantial and sustained investment.

In this City and State op-ed, Center for an Urban Future Editorial Director Eli Dvorkin argues that the city needs innovative revenue-generating strategies to fill the gap between the park system’s needs and currently available public funds. In addition to highlighting the important new citywide advocacy campaign Play Fair for Parks, which calls for a $100 million increase in the maintenance and operations budget for parks, Eli proposes a slew of new strategies to generate funding, including:

City Council Holds Another Hearing on the Parks Capital Process