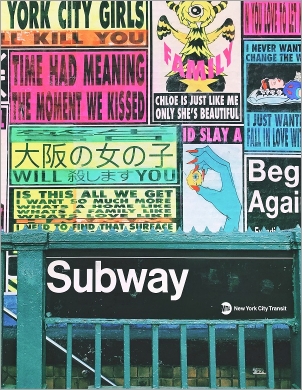 The de Blasio administration's CreateNYC plan is a promising step forward and follows months of dedicated outreach efforts to nearly 200,000 New Yorkers. However, as the city’s arts communities face a deepening affordability crisis, the plan offers little by way of solutions to this existential threat. The mayor should act now to help put more artists and organizations on the path to sustainability

After decades as the arts capital of the world, New York City finally has its first cultural plan. Released on July 19, the 180-page document, dubbed CreateNYC, is a promising step forward for the city’s Department of Cultural Affairs (DCLA) and follows months of dedicated outreach efforts to nearly 200,000 New Yorkers. However, as the city’s arts communities face a deepening affordability crisis the plan offers little by way of solutions to this existential threat. To its credit, CreateNYC makes clear that affordability is a critical issue for the health of the city’s arts sector. But none of the plan’s year one policy proposals tackle affordability head-on, making it the clear elephant in a room full of good intentions.

In this New York Daily News op-ed, CUF Executive Director Jonathan Bowles and Managing Editor Eli Dvorkin argue that as the city’s small and mid-sized arts organizations are feeling the squeeze, the city should tackle the affordability crunch and put more artists and organizations on the path to sustainability by putting a slew of good ideas into action.

This op-ed is a continuation of research the Center for an Urban Future has done on the creative economy. Most recently, CUF has produced a series of commentaries and publications, including Artists in School: A Creative Solution to New York's Affordable Space Crunch, Time to Let New York Dance, A Small Boost in Arts Funding Would Go a Long Way, and Creative New York.


The Deficiency of Bill de Blasio’s Plan for Cultural Equity