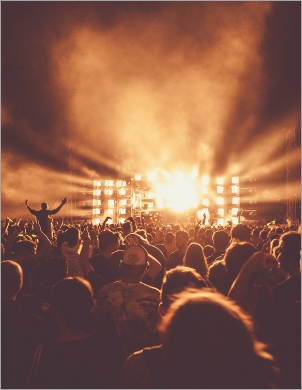 New York City's vibrant DIY music venues are creating opportunities for emerging artists and new voices, offering a first show, a supportive crowd, and a sense of community. However, archaic laws and a punitive bureaucratic mindset are stifling these small, local spaces that are already struggling to cope with skyrocketing rents.

New York City's diffuse network of DIY arts spaces are cultivating the next generation of musicians. These fiercely independent venues exist to create opportunities for emerging artists and new voices, offering a first show, a supportive crowd, and a sense of community. However, archaic laws and a punitive bureaucratic mindset are stifling small, local venues that are already struggling to cope with skyrocketing rents. Given a severely lacking support structure for the city’s DIY music and art spaces, a single misstep can prove disastrous. In this environment, the selective enforcement of current rules and regulations serves to criminalize nightlife—dampening economic opportunity and making New York less safe.

In this Gotham Gazette op-ed, published on April 24, 2017, Center for an Urban Future Managing Editor Eli Dvorkin assets that New York should take steps to cultivate its grassroots music and nightlife venues, or risk undermining the foundation of its creative growth.

This op-ed is a continuation of nearly two decades of CUF research on the importance of New York's creative economy. Most recently, CUF published Creative New York, which asserts that New York City's creative sector is one of its most important economic assets.

General operating support for the Center for an Urban Future is provided by the Clark Foundation and the Bernard F. and Alva B. Gimbel Foundation. CUF is also grateful to Fisher Brothers and Winston C. Fisher for supporting the Middle Class Jobs Project.