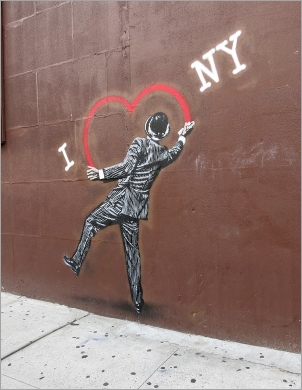 CreateNYC takes several recommendations from CUF’s research on the creative economy, including the 2015 Creative New York report. Among other things, the plan followed our call for the city to develop affordable, accessible housing for artists; take steps to ensure a more diverse creative sector; increase support and outreach for programs targeted at non-native English speakers; encourage art performances and programming in public buildings, plazas, and parks; and establish a Culture Cabinet comprised of representatives from a range of city agencies to coordinate and the city’s cultural efforts.

CreateNYC also borrowed CUF’s recommendation from the recent study, Artists in Schools: A Creative Solutions to New York’s Affordable Space Crunch, which suggested that the 1,456 visual arts rooms, 1,439 music rooms, 1,412 theater spaces, 1,425 dance studios, and 1,415 film production and editing facilities in the Department of Education’s 1,800-plus schools be opened up to artists after school hours.

Finally, CreateNYC followed CUF’s recommendation from the recent op-ed by CUF managing editor Eli Dvorkin, Time to Let New York Dance, which includes the goal of working toward safe and open environments for DIY, artist-run, and alternative arts spaces, as well as the appointment of a nightlife ambassador in City Hall.

The plan cites CUF’s Creative New York report and research on the creative economy several times, including in the acknowledgements section.

Some of CUF’s other recent studies and op-eds on the growth of New York City’s creative economy include, The Unkindest Cuts: New York has the Most to Lose if the NEA is Abolished, Brooklyn Design Boom, A Virtuous Cycle of Keeping Your City Affordable for Artists, and City Officials Must Do More to Boost New York’s Creative Sector.