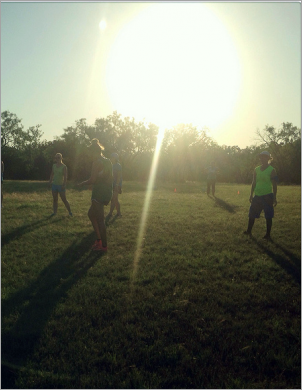 City officials should be commended for expanding the city's flagship summer-jobs program, but a large gap remains between six weeks of summer employment and the beginnings of a career. Christian Gonzalez-Rivera, senior researcher at the Center for an Urban Future, argues for a new approach that invests in quality of experience over quantity of program participants and helps young people prepare for success in the workplace.

The de Blasio administration and the City Council secured crucial funding for the Summer Youth Employment Program (SYEP) this year, guaranteeing that 60,000 young people from across the five boroughs will be connected with paid part-time summer jobs, a significant increase from 47,126 people served by the program just two years ago. This support is critical: youth unemployment in the city hovers at 20 percent, and many young people would not be working without SYEP. But while city policymakers deserve credit for supporting efforts the boost the skills of young people, there are serious questions about the effectiveness of SYEP, a six-week program that does little to help young people prepare for success in the workplace.

"Improving New York's Summer Jobs Program" is part of a series of commentaries about workforce development and human capital issues funded by the Altman Foundation.

Today’s employers are looking for workers with more skills and experience than ever before, and young people who are not on the fast track to continued education and training risk becoming trapped in low-wage, dead-end jobs. Proponents of the current SYEP model argue that early work experience of any type is good for young people. This may be true for the youngest participants in SYEP, those ages 14 to 16. But older youth need more than just a job; they need structured work experiences that relate to their fields of interest, helping them prepare for postsecondary education or occupational training and start on the path to a career.

New York’s summer jobs program for youth has been around for decades, keeping young people out of trouble and engaged in productive activities. Recent evaluations of the program show that participants have slightly fewer absences during the subsequent school year and are slightly more likely to take and pass at least one Regents exam than their peers. These results are a little better among young people who go through SYEP multiple times.1 In addition, the data shows that the risk of arrest and even death decreases during the summer of their employment.2

Unfortunately, the city’s largest workforce development program for young people fails to demonstrate improved work-related outcomes, such as consistent employment over time or increased earnings. In fact, a second evaluation of the program cited older youth as having slightly lower earnings during the three years following the program when compared with non-participants. This finding points to a significant drawback of the current system: SYEP jobs may supplant higher-wage work opportunities for older youth. There is also no evidence that SYEP improves the likelihood of college attendance, even as a college degree becomes increasingly essential for most middle-class jobs.3

A drawback of SYEP is that it rarely connects participants with employment that builds significant real-world job skills or aligns with their fields of interest. For example, a high school student who is interested in pursuing engineering may end up spending the summer as a camp counselor, squandering an opportunity to gain hands-on experience at an engineering firm. This disconnect spills over into the field of SYEP providers, where a lack of guidance from the city regarding how to run the program results in jobs of widely varying quality. Finally, because participants are chosen through a lottery system, there is no guarantee that they will have a job through the program the following summer. The lottery system also presents a problem for prospective employers, who have no way of knowing what kind of workers they are going to get. This uncertainty often deters employers from taking on SYEP participants.

The de Blasio administration has significantly increased the number of young people served by SYEP over the past two years, which is an accomplishment that should be commended. But a large gap remains between a six-week summer job and the beginnings of a career. If the city is serious about investing in opportunities for young people, it should commit to a new approach. First, participants who express interest in a particular field should be matched with jobs and internships that align with their academic and vocational interests. Internships, for example, are invaluable opportunities for students to discover the real-world applications of their studies and to experience life on a career path that interests them.

Second, the city should invest in the quality of experience over the quantity of program participants. The nonprofit groups that hold contracts with SYEP run the program on a shoestring budget. As a result, participants spend only ten percent of their time in job readiness training and enrichment activities, such as financial literacy, workplace skills, and career planning.4 Teaching young people how to work takes more than simply throwing them into a workplace; they need guidance and personalized coaching. The nonprofits contracted to run SYEP complain that the amount of money the city offers them per participant is paltry compared to what it costs to provide young people with quality services each summer. Although successful SYEP providers are able to supplement the city’s money with private foundation dollars, most provider organizations do not have access to alternative funding streams. The city should set higher quality standards and allocate more funding per participant, ensuring that the quality of the summer job experience will not depend so heavily on the luck of the draw.

Higher quality programming comes at a higher cost. The de Blasio administration boosted SYEP’s resources by more than doubling its investment in the program last year from $20.6 million in 2014 to $56.9 million. After accounting for the increase in the number of participants and the minimum wage, however, funding per participant rose by only 16 percent. The city could boost support for the program even further by tapping employers, just as Philadelphia does for its summer internship program. The Philadelphia Youth Network (PYN)—a youth workforce development intermediary organization—manages employer relationships for that city’s year-round internships and requests contributions from employers to support its programs. Last year, PYN’s Work Ready program subsidized 30 percent of its costs through employer contributions. This allowed for 8,812 summer and 2,021 year-round internships at 1,043 worksites in a city less than a fifth the size of New York.5 These contributions, which came from more than 150 employers, also allowed PYN to offer participants extensive job readiness training as part of their summer experience. Philadelphia leverages its Youth Council and Workforce Investment Board to achieve such strong employer investment in PYN. New York should follow this example and increase employers’ fiscal contributions to SYEP, with a focus on funding summer internships for high school students in their fields of interest.

Most college students know that landing a good job after graduation requires burnishing their resume with internship experiences and glowing recommendations. But when fewer than 40 percent of New York City high school graduates pursue a traditional four-year bachelor’s degree, with many more seeking alternative postsecondary options, young people need access to the career-boosting power of internships in high school. Students who have discovered a field that intrigues them should be able to explore it through a summer program like SYEP.

To accomplish these goals, the city needs to focus more on the quality of young people’s work experiences and less on the sheer volume of participants. The city should subsidize this shift toward increased program quality by tapping employers for contributions, while remaining open to slightly decreasing the number of program participants in order to achieve higher quality and better results. SYEP should be much more than a program designed to keep kids off the street and out of trouble for six weeks at a time. It should create opportunities for young people to explore their interests and discover pathways to a long-lasting career.

"Improving New York's Summer Jobs Program" is part of a series of commentaries about workforce development and human capital issues funded by the Altman Foundation.

General operating support for Center for an Urban Future has been provided by the Bernard F. and Alva B. Gimbel Foundation, the Lucius N. Littauer Foundation, and the M&T Charitable Foundation.