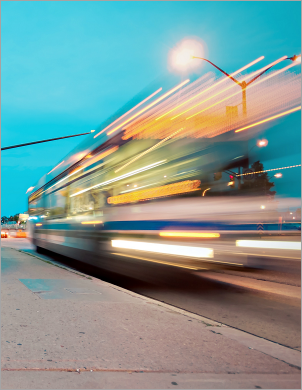 During severe weather, getting around New York City can be all but impossible. Yet these moments are also the times when doctors, nurses, home health aids, and other medical professionals are most desperately needed. Given the unique challenges storms present, we wanted to share that story here, which ran as a sidebar in our report, An Unhealthy Commute.

In the Center for an Urban Future’s recent report, An Unhealthy Commute, we highlighted how healthcare workers have the worst commutes in New York City. During major weather events, like blizzards and hurricanes, these trips can become all but impossible. Yet these moments of crisis are also the times when doctors, nurses, home health aids, and other medical professionals are most desperately needed.

The following ran as a sidebar to our report. Given the unique challenges storms present, we wanted to share that story here. With more awareness of the problems, as well as the fixes, political and transportation leaders can not only make life easier for these critical front-line workers but also help save lives.

When Hurricane Sandy was bearing down on New York City in late October 2012, Governor Andrew Cuomo suspended all subway and bus services starting the evening before the storm arrived. Noting that buses and subways were not equipped to be submerged in water, he said, “We want people to stay at home.”

But for people working on the front lines of the healthcare industry, staying at home when the weather gets bad usually isn’t an option. There are no snow days or hurricane shutdowns at hospitals. And if a home health aide has to administer a medication to an elderly patient at the same time every day, she’s expected to be at that client’s house at that time regardless of whether the sun is shining or the city is crippled by a historic storm. “The city that never sleeps keeps taking a nap,” says Emily Davis of New York–Presbyterian.

Weather shutdowns have become so commonplace in the city that health providers have been forced to put contingency plans in place to make sure they’re adequately staffed to handle emergencies. Says Lou Tobacco of Staten Island University Hospital: “If we see a paralyzing snowstorm coming, we tell employees to pack a duffel bag and work extra shifts.”

Maria Castaneda of 1199 SEIU says some workers routinely bring overnight bags to the hospitals where they work, “Because they know they cannot commute [during bad weather].”

Several health workers have observed that the trains are shutting down much more often during weather events, even rainstorms — and for much longer — than they did in the past. Snowstorms now cause several days of disruptions. For example, a full six days after the blizzard of 2017 dumped eight inches of snow on New York City, the Bx19 bus was still running a service advisory that warned of snowbound bus stops and service delays related to snow removal.

“I grew up in New York City, and when I was younger, even when it rained or snowed, they never

really closed the subway system,” says Maimonides’ Tsang-Quinn. “Working as an adult, I rely very heavily on the public transportation system, and I find that when it rains or snows, all the lines slow down considerably. And many of the folks I supervise, because they take multiple modes of public transportation to work, they get delayed.”

Maimonides works hard to stay fully staffed every time there’s a big snowstorm. As the closest subway — the D train to the Fort Hamilton Parkway stop — runs on an elevated line, the train is “always delayed because it requires special trains” to clear snow and ice, Tsang-Quinn says. So the hospital uses its own vans to pick employees up at the last working stop during storms.

Montefiore Medical Center has developed “transportation hubs,” says Maria Castaneda of 1199 SEIU. “Workers can walk to the closest hub and get picked up by a hospital van.”

Improving transportation options during weather emergencies should be a priority both for the MTA and for healthcare employers, many workers in the industry suggest. In particular, the MTA and DOT could be doing more to help workers on the front lines of healthcare who can’t stay home during bad weather, particularly those who work overnight shifts.

“During extreme weather, they will shut down the subway lines by 10 o’clock,” says Castaneda, exacerbating the already sparse scheduling of public transit during the overnight hours. “For workers whose shift goes from midnight to 8 in the morning, they have to get to work early, before the trains shut down. Workers who end shifts at 11 p.m. get stuck in the hospital. That’s the problem.”

In October 2017, Governor Cuomo signed legislation that will allow home care and hospice organizations to provide input regarding the preparation and execution of local emergency plans. This is an important step toward maintaining effective medical care during severe weather emergencies. However, healthcare providers believe that much more can be done to facilitate effective transportation during emergencies.

One promising idea is to designate emergency corridors that could be used to create healthcare shuttle services during emergencies. Some healthcare providers suggest piloting such a corridor along Bedpan Alley on the east side of Manhattan or from Grand Concourse to Lincoln Hospital and Montefiore Medical Center in the Bronx. These routes could be plowed early in the case of a snowstorm and opened only to registered vans operated by healthcare providers with the right equipment to handle severe weather conditions.

Healthcare employers can do their part, too. In addition to improving planning for getting front-line employees to work when large parts of the transit system shut down, employers should also consider implementing work-at-home policies for administrative and other non-medical staff during weather emergencies.

This research was made possible by TransitCenter.

General operating support for the Center for an Urban Future has been provided by the Clark Foundation and the Bernard F. and Alva B. Gimbel Foundation. CUF is also grateful for support from Fisher Brothers for the Middle Class Jobs Project.