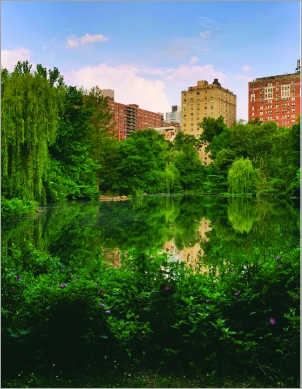 On June 14, Mayor Bill de Blasio and the City Council announced $43 million in new funding for parks maintenance—an unprecedented single-year budget increase. The budget boost was greatly influenced by the Center for an Urban Future’s 2018 report A New Leaf: Revitalizing New York City's Aging Parks Infrastructure, which revealed that parks in every borough are struggling with aging assets that are at or near the end of their useful lives and called on city leaders to boost funding for parks maintenance and infrastructure.

The city budget includes baselined funding for 150 permanent parks maintenance workers, as well as new dollars for forestry management, seasonal gardeners, and other important maintenance needs. This unprecedented boost in funding for parks maintenance closely follows the recommendations of our study, which concluded that New York’s mounting parks infrastructure  problems have been compounded by decades of under-investment in basic parks maintenance—especially skilled maintenance workers—and inadequate spending on vital infrastructure upgrades. Our report showed that New York City’s public parks get by with fewer skilled staff than do other big city parks systems. For instance, we found that New York City has just one gardener for every 133 acres of park land; in San Francisco, the ratio is one gardener for every 20 acres. Overall, our report revealed that the Parks Department scrapes by with 35 percent fewer full-time staff than it had in 1976. The result is that small maintenance issues too often grow into larger infrastructure problems, with significant costs for both parkgoers and the city’s capital budget.

To tackle these challenges, CUF issued several recommendations, testified before the City Council, and followed up with op-eds in Gotham Gazette and City & State, calling for $100 million in new funding “to strategically increase the number of full-time maintenance and operations staff with specific technical skills, such as gardeners and foresters, masons, plumbers, electricians, mechanics, and other skilled workers.” Our report helped spark a new advocacy campaign, Play Fair for Parks—organized by New Yorkers for Parks, in partnership with the New York League of Conservation Voters and DC 37, which strongly endorsed the call for new funding targeted at maintenance needs.