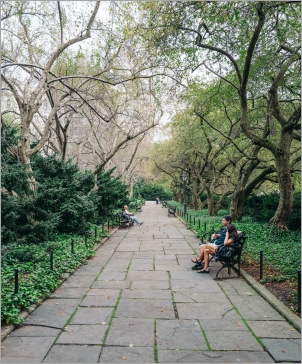 Let’s overhaul the city’s capital process for the sake of our parks, playgrounds and libraries

by Jonathan Bowles and Adam Ganser

The pandemic has led New Yorkers to embrace the city's social infrastructure like never before, at parks, playgrounds, libraries and cultural venues. New York's arcane and inefficient system for building and repairing its critical public assets, however, is preventing our limited capital dollars from meeting the full scale of needs across the five boroughs. From inception and design to procurement and construction, building in New York takes longer and costs exponentially more than it should. Typical park and library projects take up to eight years to complete, according to Center for an Urban Future research.

In this op-ed, CUF’s Jonathan Bowles and New Yorkers for Parks Executive Director Adam Ganser urge the Adams administration to reform the city’s notoriously costly and time-consuming capital process for parks, libraries, and other vital social infrastructure. They suggest Mayor Adams push every agency with an oversight role in the capital construction process—including the Office of Management and Budget—to deliver a strategic blueprint detailing steps to reduce project durations by 25 percent. In addition, the op-ed calls on the City Council to hold hearings on capital process inefficiencies across agencies.