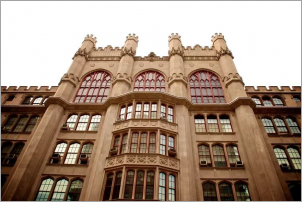 The Excelsior Scholarship program promises free tuition at CUNY and SUNY colleges. But only 3 percent of public college students are able to take advantage of Excelsior, and students in New York City are especially neglected.

Governor Cuomo and the State Legislature established New York’s Excelsior Scholarship program with the admirable goal of providing free tuition to a large number of low- and middle-income New Yorkers, but our analysis of data from the state’s Higher Education Services Corporation shows that the program is serving very few of the students who could benefit the most from free tuition. According to our analysis, barely 4,000 of the 242,000 students attending public colleges and community colleges in New York City have benefited from New York’s Excelsior Scholarship program.

Data on rejected applications reveals that the Excelsior program’s heavy credit requirements were the main obstacle for most students. Almost twice as many applicants were rejected for “not sufficient credits” as received Excelsior awards this year. The requirement that all students earn at least 30 credits in every year of enrollment is screening out the majority of applicants for the Excelsior Scholarship.

The Center for an Urban Future has written extensively about the increasing importance of a college credential in New York State and the barriers that prevent students from achieving college success. Our recent work has documented both the tuition and non-tuition costs of college, and examined strategies that can ensure more students enrolled in college can graduate with a degree.

For more on this topic, check out:

This data brief was made possible thanks to support from The Clark Foundation for ongoing research on improving college access and student success. General operating support for the Center for an Urban Future has been provided the Bernard F. and Alva B. Gimbel Foundation and the Altman Foundation. CUF is also grateful for support from Fisher Brothers for the Middle Class Jobs Project.

Study: Excelsior scholarship not as accessible as expected

The Excelsior Scholarship, CUNY And The Students In Between

Help Excelsior Scholarship earn an A+

We’ve Got Issues: The Candidates for Governor on Education

Foss: State must do more to make college affordable

Help Escelsior Scholarship earn an A+ for students

A Few Suggestions for Andrew Cuomo’s Next Poster

Scholarship Experience Is Different Between Colleges

Study: Excelsior scholarship not as accessible as expected
News 12 Westchester

Study: Excelsior scholarship not as accessible as expected
News 12 Westchester