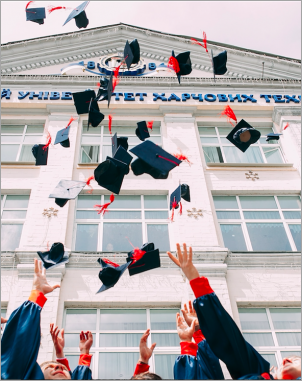 Faced with major economic disruption, New Yorkers are likely to turn to higher education. But while the Excelsior Scholarship program is growing, CUNY students and community college students statewide continue to be underserved.

by Eli Dvorkin and Brody Viney

New Yorkers across the state are confronting growing fears about their economic futures, fueled by the immediate impact of coronavirus and the threat of an impending recession. As job losses mount in the service sector and businesses close, many New Yorkers are likely to respond by opting to pursue a college credential—and with it, a shot at more stable employment down the road.

In this challenging environment, New York State will have to do more than ever to ensure that low-income students can afford to obtain a college degree. But despite its well-intentioned purpose, New York State’s flagship free tuition program—the Excelsior Scholarship—is still serving just a tiny fraction of the state’s lower-income students, limiting the effectiveness of this highly touted initiative.

This first-ever analysis of data from the first two years of the program—2017 and 2018—finds that strikingly few students at the City University of New York (CUNY) and at community colleges across the state are receiving the scholarship. The Center for an Urban Future first analyzed awards from the Excelsior Scholarship’s inaugural year in August 2018. This new report provides the first look at awards from both the first and second year of the program and finds that the results remain cause for concern.

Our analysis finds that CUNY community college students remain particularly underserved by the program. A total of only 335 scholarships, amounting to less than $1.3 million, were awarded to students across CUNY’s seven community college campuses in 2018—just 1 percent of the total funding awarded that year. Just nine students at Hostos Community College and ten students at Bronx Community College received awards in 2018, the lowest numbers of any colleges in the state.

Although CUNY students and community college students across the state remain notably underserved by the Excelsior Scholarship, our analysis finds that total awards grew significantly in the program’s second year. The number of scholarships awarded increased from 20,458 in 2017 to 25,100 in 2018—a 22.7 percent jump—and total scholarship funding increased more than 40 percent in the program’s second year. Overall, the share of New York undergraduates receiving Excelsior funding increased from 3.2 percent in 2017 to 4 percent in 2018.

Among our key findings:

As New Yorkers prepare to face major economic disruption in the weeks and months ahead, thousands are likely to turn to the state’s public colleges to help get a leg up in a difficult economy. In the wake of the last recession, enrollment spiked at colleges statewide as the job market stagnated and more New Yorkers sought out a postsecondary credential to help advance their economic prospects. New York State’s generous tuition assistance programs—including the well-intentioned Excelsior Scholarship—are helping to expand access to public colleges, and these initiatives will be put to the test in the months ahead.

However, our analysis finds that the Excelsior Scholarship falls short of the scale of the challenge and underserves the students most in need of support. In some ways, this reflects the design of the program, with many of the state’s lowest-income students already able to access other forms of tuition assistance and scholarship funding.

At the same time, strict eligibility requirements of the program may be acting as a further barrier to participation. To qualify, applicants must be enrolled in 12 credits per term and 30 credits per year, and must have earned at least 30 credits in any prior years of college study. In part due to this requirement, on-time graduation rates have been higher for Excelsior students than for non-Excelsior students. But this requirement leaves out thousands of the state’s part-time students, many of whom are juggling families and jobs while working toward a degree. While updated data on applications and rejections is not available, our previous analysis found that having insufficient credits was the overwhelming reason applicants were rejected in 2017—accounting for 83 percent of all rejections.

One potential reason that the total number of awards increased is that the income threshold for the program has risen, from $100,000 in 2017 to $110,000 in 2018 and $125,000 in 2019. Governor Cuomo recently proposed raising this threshold further, to $150,000. However, it is unlikely that higher income thresholds will improve access to college funding for students most in need of extra financial support.

Importantly, the program does not address non-tuition barriers to college access and college success. To make obtaining a college degree a reality for far more New Yorkers, further investments will be needed in areas such as transportation, child care, food and housing insecurity, and other basic needs assistance—financial challenges that disproportionately derail lower-income students from the path to a degree.

In the meantime, the Excelsior Scholarship program can be improved with a few key tweaks. Governor Cuomo and the State Legislature should reduce the 30-credit requirement to a regular 24-credit course-load and drop the on-time graduation requirement. The program should be expanded to cover summer enrollment, so students can accrue credits more quickly. And the state’s current Tuition Assistance Program should be expanded to support part-time students, many of whom struggle to receive tuition benefits. By doing so, state leaders can ensure that the New Yorkers whose lives would be most transformed by a college credential have the best chance possible at success.

Our August 2018 report on the Excelsior Program relied on preliminary scholarship data released by the New York State Higher Education Corporation. The new data provides updated statistics on the program for the 2017 year, with 598 fewer scholarships awarded in 2017 than previously estimated.

This data brief was made possible thanks to support from The Clark Foundation for ongoing research on improving college access and student success. General operating support for the Center for an Urban Future has also been provided the Bernard F. and Alva B. Gimbel Foundation. CUF is also grateful for support from Fisher Brothers for the Middle Class Jobs Project.