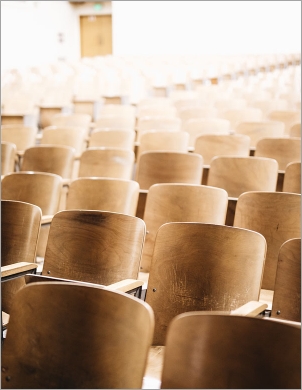 OP-ED: The Opportunity Ahead for the New CUNY Chancellor

No institution is better positioned than CUNY to help lower-income and first generation students earn a postsecondary credential and get on the path to a successful career. In this Gotham Gazette op-ed, CUF Executive Director Jonathan Bowles and Winston C. Fisher argue that the incoming chancellor can seize this moment and help CUNY realize its potential as a launchpad into the middle class.

On May 1, Felix Matos-Rodriguez assumes the post of CUNY chancellor, overseeing the nation's largest urban public university, which provides thousands of New Yorkers from low-income backgrounds with a postsecondary education. He has a remarkable opportunity to build on recent progress and help CUNY realize its full potential as a vehicle for economic and social mobility. But doing so will require addressing low completion rates, reforming an ineffective remedial education model, and getting programs and curricula in sync with the demands of today's economy. Chancellor Matos-Rodriguez should seize this moment and focus on improving college and career success so that CUNY can greatly expand economic opportunity for its students.

This op-ed is part of the Center for an Urban Future's Middle Class Jobs Project, and builds on the Center for an Urban Future's extensive research on boosting college success for all New Yorkers, including the groundbreaking study Degrees of Difficulty, the data briefs "Excelsior Scholarship Serving Very Few New York Students" and "Struggling to the Finish Line: Community College Completion in New York State," and the op-ed "Support Remedial Education Reforms to Help More Students Succeed."