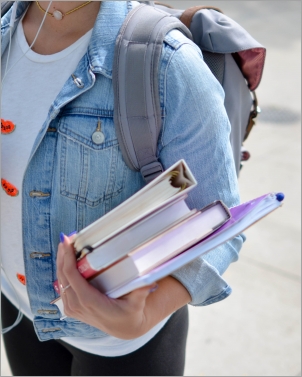 Nearly 79,000 undergraduate students attend the City University of New York (CUNY) on a part-time basis, but although these part-time students cope with the same economic challenges as other CUNY students, they have long been effectively shut out of New York State’s tuition assistance programs. It is past time for New York’s policymakers to step up and adapt the state’s financial aid system to the needs of today’s students.

Nearly 79,000 undergraduate students attend the City University of New York (CUNY) on a part-time basis—more than double the total undergraduate enrollment of Columbia and New York University combined. But although these part-time students cope with the same economic challenges as other CUNY students—most of whom come from households that earn less than $30,000 annually—they have long been effectively shut out of New York State’s tuition assistance programs.

New York finally has a chance to change this. Earlier this month, Governor Hochul proposed expanding the state’s tuition assistance program (TAP) to part-time students, backed up with a $150 million investment. The Legislature should get behind her plan, which would help tens of thousands of mostly low-income students earn a credential and get on the path to the middle class.

This data brief shines a light on New York City’s enormous part-time student population, and the need to better support them on their path to a college credential. More than 40 percent of CUNY community college students and nearly one-third of all CUNY undergraduates were enrolled part-time in the fall 2019 semester, the most recent period for which data is available. At Kingsborough Community College, more than half of all students (50.3 percent) attend part-time. The numbers are similarly high at Hostos Community College (where 47.2 percent of students attend part-time) and LaGuardia Community College (46.3 percent).

Part-time students are also ineligible for CUNY ASAP, which subsidizes tuition, transportation, and books for community college students, and offers other supports; and for the state’s Excelsior Scholarship program, which makes college tuition-free for families earning up to $125,000 annually. (A recent CUNY pilot program, the Part-Time Initiative, provides a small number of part-time students with ASAP-like services.)

Although studies show that full-time study is preferable to part-time study for maintaining academic momentum and should be encouraged, the reality is that tens of thousands of New Yorkers who recognize the importance of earning a college credential cannot set aside work and family responsibilities to attend college on a full-time basis.

In her State of the State speech this month, Governor Hochul proposed making state-funded tuition assistance available to part-time students at SUNY and CUNY campuses. The governor and the legislature should make it a priority to ensure that this much-needed expansion is implemented in 2022.  Specifically, state leaders should expand TAP to cover all CUNY and SUNY students in degree-granting programs, and extend TAP eligibility from the traditional fall and spring semesters to include assistance for year-round enrollment.

TAP eligibility rules currently require that students be enrolled full-time for two consecutive semesters before they can enroll part-time and maintain access to TAP. Once students meet these requirements, they are only eligible for six semesters of tuition assistance for an associate’s degree program (eight semesters if enrolled in a four-year program).

These restrictions are intended to keep the costs of TAP down by limiting the number of people who qualify, but they have the effect of creating perverse incentives that waste taxpayer-funded financial aid while limiting student success. For example, CUF’s research has found that students take on a full-time course load in order to qualify for TAP, even if work or family obligations preclude them from being able to dedicate enough time to perform well across several courses simultaneously. If their grades fall below a “C” average, the student will lose TAP eligibility—a consequence that ultimately drives many students to stop out. The State Legislature should waive the “two full-time semesters” rule and extend the number of semesters that part-time students can maintain TAP eligibility.

In addition, TAP does not typically cover students enrolled in the summer or winter intersessions, with limited exceptions. This restriction slows progress toward a degree for many students and undermines one of the most effective completion strategies, particularly at community colleges: continuous enrollment to graduation. The State Legislature should eliminate the additional eligibility requirements imposed on students seeking to earn credits through summer and winter programs and cover expanded year-round eligibility for both full- and part-time students.

Only 37 percent of community college students in New York City graduate in six years. It is past time for New York’s policymakers to step up and adapt the state’s financial aid system to the needs of today’s students. 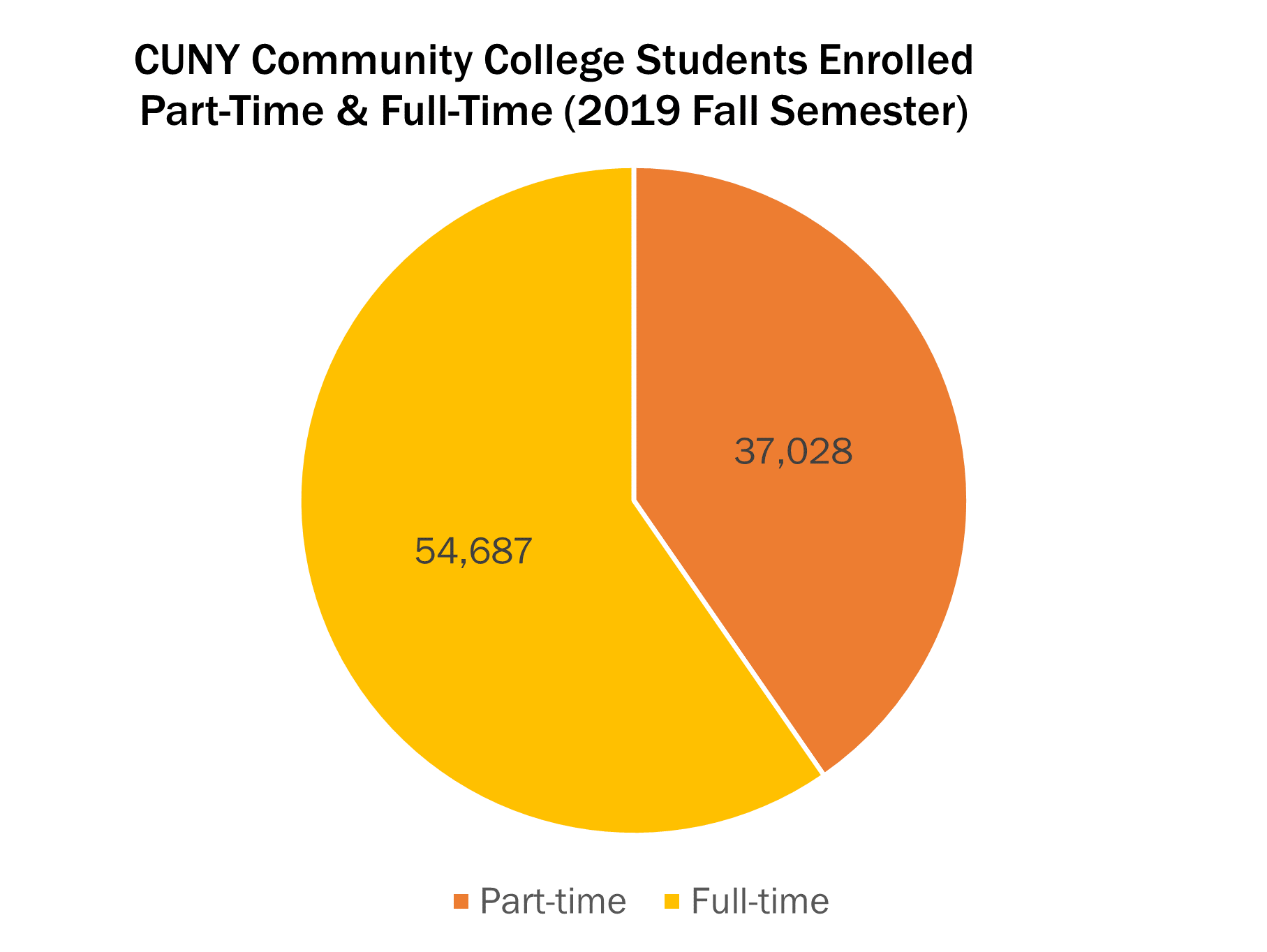 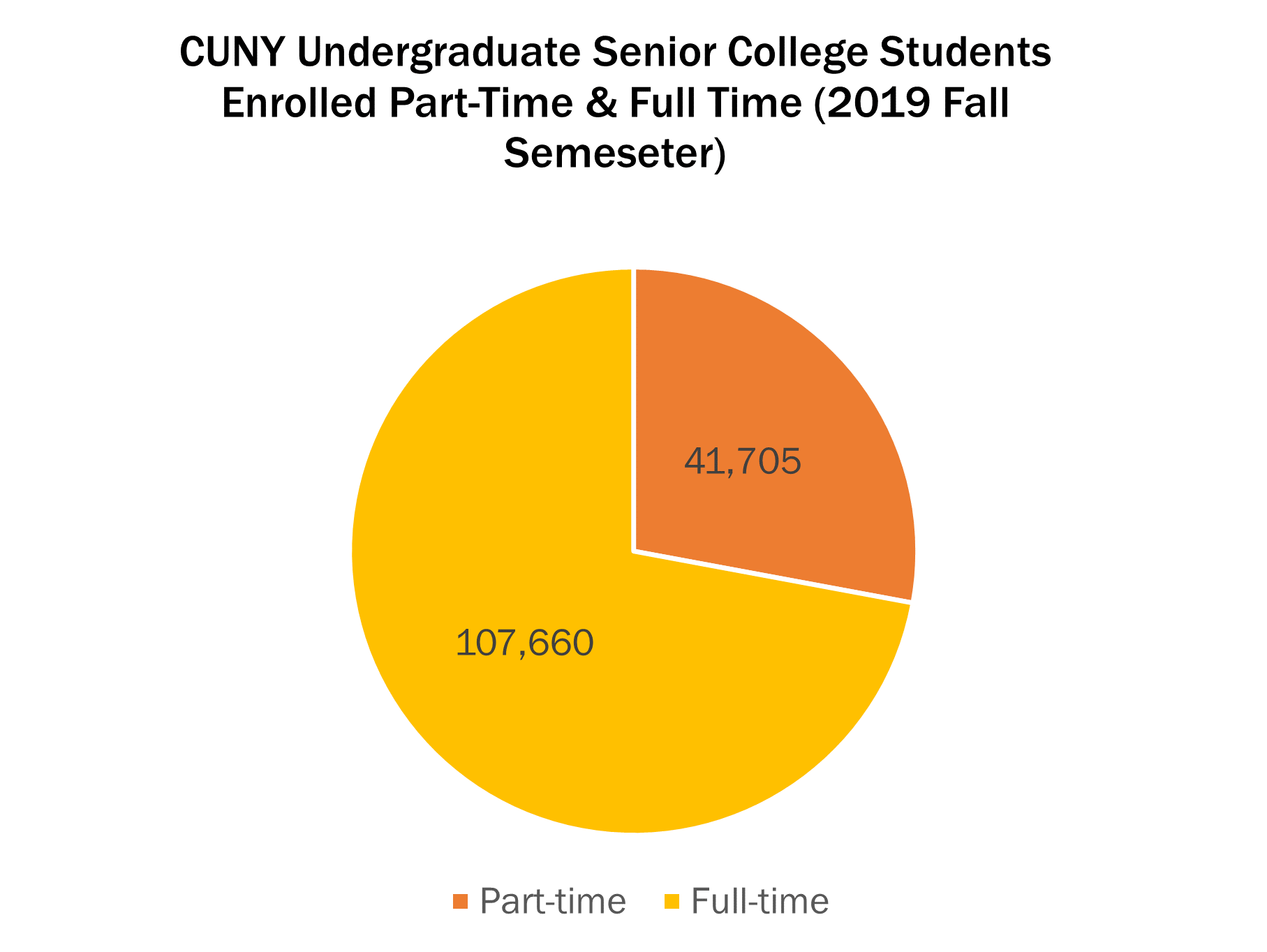 For more of the Center for an Urban Future’s research on the need to better support CUNY’s part-time students, please check out:

Notes
All part-time and full-time enrollment data in this report is from CUF analysis of data from CUNY Office of Institutional Research and Assessment, Fall 2019 Semester.

This report is a publication of the Center for an Urban Future. Researched and written by Jonathan Bowles and Eli Dvorkin.