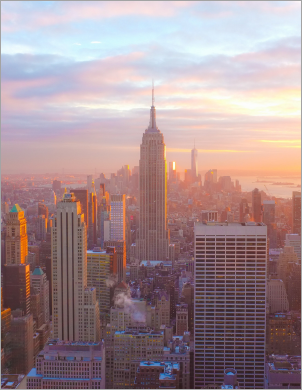 Mayor Eric Adams released “Rebuild, Renew, Reinvent: A Blueprint for New York City’s Economic Recovery,” which outlines the mayor’s vision for an economic recovery focused on equity and economic mobility. Several of the mayor’s proposals align with recent research and recommendations from the Center for an Urban Future.

In early March, Mayor Eric Adams released Rebuild, Renew, Reinvent: A Blueprint for New York City’s Economic Recovery, which outlines the mayor’s vision for an economic recovery focused on equity and economic mobility. Several of the mayor’s proposals align with recent research and recommendations from the Center for an Urban Future.

Mayor Adams’ blueprint lays out a plan to encourage visitors to return to the city, recognizing the significant impact of tourism on restaurants, retailers, arts and culture, nightlife, and other key parts of the city’s economy that have been slow to recover from the pandemic. As the Center for an Urban Future (CUF) has recommended, the blueprint makes strengthening the tourism rebound a top priority and calls for a significant expansion of the city’s tourism marketing efforts and new industry-specific promotional programs.

In response to the pandemic, CUF has urged policymakers to focus on policies and programs that can help boost the number of visitors and support the city’s tourism-linked industries. The mayor’s blueprint reflects several ideas surfaced in CUF research and events, including our September 2020 policy forum, “Laying the Groundwork for a Tourism Recovery in NYC,” and follow-up publication, “6 Ideas to Boost New York’s Hard-Hit Tourism Economy,” which included recommendations to create new industry-specific discount and incentive programs and to expand local and regional marketing efforts.

These recommendations build on CUF’s 2018 Destination New York report, which revealed that the tourism sector has become one of the top four employment drivers in the city in recent years, and an increasingly important source of both middle-income and accessible jobs.

Supporting the arts and culture ecosystem

Our data-backed research in Creative Comeback highlighted the disproportionate financial toll of the pandemic on smaller arts organizations and those located in lower-income communities, and recommended new cultural investment to address those inequities. The mayor’s blueprint likewise calls for using a data-driven approach to more equitably distribute arts funding.

CUF has published several studies examining the impact of the pandemic on the city’s cultural organizations and working artists, and putting forward concrete ideas for cultivating a stronger and more equitable arts and culture ecosystem, including The Changing Face of Creativity in New York: Sustaining NYC’s Immigrant Arts Ecosystem, and Art in the Time of Coronavirus: NYC’s Small Arts Organizations Fighting for Survival.

There is no institution better equipped to make progress toward a more equitable city than New York City’s 217 public branch libraries. In late 2021, our report Branches to Recovery: Tapping the Power of New York’s Public Libraries to Ensure an Inclusive Recovery and Rebuild a More Equitable City and major policy symposium called for the city to “fully harness New York's branch libraries—and make them a centerpiece of the social infrastructure needed to cultivate an inclusive recovery and build a more equitable city.”

Mayor Adams’ blueprint proposes to do just that, promising to “leverage the strength of New York City libraries to build a more inclusive economy.” Our 2021 report found that in many of the neighborhoods hit hardest by the pandemic, libraries are among the only trusted resources for immigrants, teens, older adults, and those on the wrong side of the digital divide. But with funding totaling just 0.44 percent of the city budget, libraries struggle to meet the surge in demand for their programs and services.

CUF has published several groundbreaking studies and other publications focused on unlocking the full potential of the city’s libraries, including “Harness NYC’s libraries to spread equity,” Re-Envisioning New York’s Branch Libraries, and Branches of Opportunity.

Mayor Adams also outlines a plan to accelerate climate resiliency planning and sustainability investments. This action item echoes CUF’s November 2021 report Before the Next Flood: NYC Needs More Progress Building Green Infrastructure. That study found that New York City had not yet met its 2015 benchmarks for green infrastructure development, and called for the city to expand its goals for green infrastructure development and increase the pace at which construction occurs.

Mayor Adams’ blueprint devotes many of its recommendations to strengthening the city’s workforce development system, including a number of specific ideas that mirror CUF’s research and policy ideas.

Our February 2022 op-ed “Here’s how the mayor can expand and improve workforce development” makes the case for eight steps Mayor Adams should take to expand and improve New York City’s workforce development system. Mayor Adams’ blueprint lays out several priorities that closely align with CUF’s recommendations, including expanding bridge programs that serve as crucial on-ramps into career training; leveraging the power and scale of CUNY to provide career-relevant education; and investing in wraparound supports like childcare.

The mayor also proposes to level the playing field for people with disabilities in the workplace. Our March 2021 report First Out, Last Back: The Economic Impact of the COVID Crisis on New Yorkers With Disabilities elevated the often-overlooked economic challenges facing New Yorkers with disabilities and exacerbated as a result of the pandemic, and called on city leaders to do more to invest in accessible career training and workplaces.

Mayor Adams’ blueprint  also shines a light on the need to build stronger pathways for underrepresented New Yorkers into the city’s booming tech sector. This proposal aligns with the key recommendations of our February 2020 report Plugging In: Building NYC’s Tech Education & Training Ecosystem. Our research found that while the tech sector has become NYC's most reliable source of new well-paying jobs, too few of the good jobs in tech are going to New Yorkers from low-income communities. In the report, CUF urges the city to  expand and improve New York City’s tech education and training ecosystem to diversify the pipeline of New Yorkers flowing into technology careers.

CUF’s research has also highlighted a major opportunity to build workforce development infrastructure at the neighborhood level, including through stronger community hiring legislation and enforcement. Mayor Adams outlines a plan to establish a pathway for equitable community hiring in his blueprint, reflecting a core policy recommendation from CUF’s  November 2021 report with JobsFirstNYC, Making Rezoning Work.

CUF has published dozens of reports over the past 25 years focused on strengthening the city’s workforce development and career training infrastructure, including the recent reports Preparing New Yorkers for the Tech Jobs Driving NYC’s Pandemic Economy, Upskilling for an Equitable Recovery: Hardest-Hit New Yorkers Most Vulnerable to Automation, and the event “Making Workforce Training an Engine of New York State’s Economic Recovery."

This idea mirrors a central recommendation from CUF’s December 2021 blueprint No Small Relief: Strengthening NYC’s Most Vulnerable Small Businesses, which emphasized launching an acceleration team to “coordinate interagency regulatory issues and streamline the inspection and permitting processes” so it is easier for small businesses to start faster.

CUF has published several reports and held multiple forums focused on ensuring a strong and equitable economic recovery for the city’s immigrant- and minority-owned small businesses, including What NYC’s Immigrant and Minority-owned Businesses Need Now and “6 Ideas to Boost Minority and Immigrant-Owned Businesses in Crisis.”